The Price and the Promise 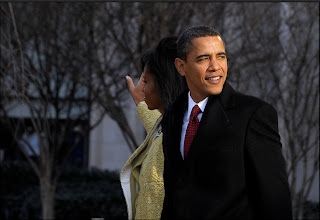 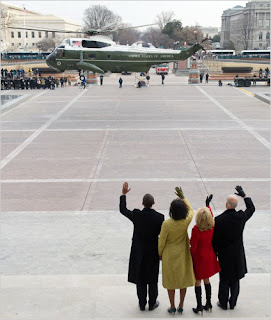 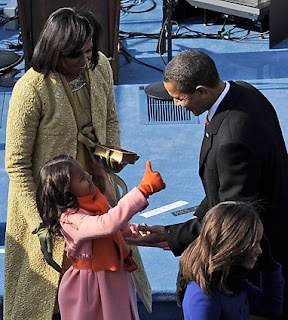 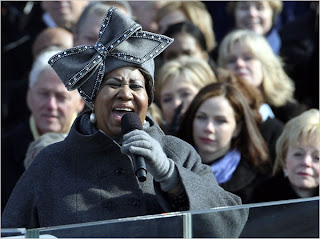 TEXT of President Obama's inaugural address is here. VIDEO is here. TRANSCRIPT of Elizabeth Alexander's poem, "Praise Song for the Day," is here.

The View from the Couch:
Reactions from Denizens of Roxie's World
to the Inauguration of Barack Hussein Obama
Some of my most devoted fans gathered in the great room this morning, with mimosas, eggs, grits, and shrimp, to watch the pageantry of American democracy and weigh in on the vital question of whether Michelle Obama's dress would be stunning or flat-out supercalifragilisticexpialidocious. Consensus among the pretty boys and smart girls glued to the ridiculously large TV screen was that the sunny silk brocade was decidedly the latter. You'll have to go to the big blogs or the msm web sites for detailed reports on and reactions to the changing of the guard. Events this large and momentous are beyond the capacity of a humble dog blog to cover fully. Nonetheless, because we love you and don't want to disappoint you, here are some quick thoughts/reactions from the gang gathered 'round the plasma:

QTA:
Observations on the Inauguration…
Re-re [i.e., Aretha Franklin] is FIERCE!
Michelle is Stunning!
Rick Warren is an ASS!
Our new President gave an amazing speech!
Grits are GREAT!

Furrnutz:
I am proud that my country is no longer missing a leader. I am inspired by the progress we have made. I am frustrated that we aren’t as far as we could be. I believe we still can get there. Recycle.

Goose:
Elizabeth Alexander’s poem was astonishing, quite amazing, especially for an occasional piece. Sasha’s thumbs-up made me giggle and grin. Rick Warren was an embarrassment, and it felt like being back in the Church of Christ. I look forward to an inauguration when there is no invocation. Michelle’s outfit? Breathtaking! That Roberts flubbed the oath of office and Cheney was being pushed around in a wheelchair seems somehow appropriate. May Obama have the courage NOT to escalate war. May he have the courage to be inclusive enough to extend embrace to queers like me and all of my wonderful friends sitting here in front of the fire, enjoying jalapeno cheese grits and Chesapeake spiced shrimp. May we have the courage and compassion to redistribute wealth, REALLY. And here’s to a sense of humor in the new administration. Change can only be enacted by remembering to have fun!

Aunt Margie (back in the 'hood from the Badger State):
I have been on line reading letters from the descendants of Frederick Douglass and Booker T Washington. I try to get inside this experience to see what this means to descendants of slaves – like Michelle – to those who had to drink from different drinking fountains than me. I get inside my own history growing up in a family in Wisconsin in which racism was deeply engrained. I remember the "race riots" in my city, the National Guard in my streets – and I did not believe I would see this day in my lifetime.

The Official Prep School Teacher of Roxie's World:
Obama’s inaugural address took me by surprise, particularly his pragmatic attitude about the state of our nation. It would have been incredibly easy for him to paint a more optimistic, but less realistic picture of just where we stand as a country. Since I’m far from an Obamaniac, I celebrate today less because of Obama’s “ascendancy” (a word that a newscaster used to describe his taking of the office) and more because of Bush’s departure. I relished seeing Dubya respond to Obama’s less-than-subtle critique of his shameful administration. I couldn’t help but notice that they sat Aretha Franklin behind Bush. Why didn’t she take that big-ass, but nonetheless fabulous hat off her head and pummel him with it, all the while singing, “R-E-S-P-E-C-T?” A girl can dream.

Moose:
I give the day an A++ for spectacle and for the sheer emotional release of finally being free of Shrub and Darth Cheney, who obviously had to be medicated in order to be forced out of town. I thought Obama's speech was thoughtful and beautifully delivered, though not as soaring as I might have expected. I looked at the transcripts and don't see anything that cries out to be carved in stone, though I do like the piece we used for the title to this post. I like his emphasis on our common purpose, something that was glaringly absent from Shrub-era rhetoric and politics, and hope that as he moves forward he will focus more on that than on individual responsibility, a theme he has borrowed from Republicans that gets on my last nerve every time I hear it.

I want to send warm wishes to the extended pack here at Roxie's World and thank you all for sticking with us through the long strange odyssey of this campaign, election, and extraordinary transition. Today truly is a day for setting aside all kinds of differences and focusing on the historic significance of this moment. Tomorrow, we can begin to contemplate the perils and possibilities we face as a nation and a world. We are grateful to all of you for your friendship and your passionate dedication to the cause of justice. Join us in wishing the new president and his family a joyous day, a safe journey, and a warm welcome in America's home. Peace out -- and always.
Posted by Roxie Smith Lindemann at 3:11 PM