We feel confident that one of these years the good folks over at the Weblog Awards will come up with a category this blog will stand a reasonable chance of winning. You know, something like, Best Pet Blog that Has Almost Nothing to Do With Pets, or Best LGBT Blog that Regularly Rants about Queer Stuff But Often Has Its Mind on Something Else, or Best Humor Blog Subject to Occasional Bouts of Hormonally Induced Depression. We bet we'd do pretty well in the category of Best Sports Blog But Only During College Basketball Season, and Moose thinks we'd have a good shot at Best Education Blog Dedicated to the Proposition that Americans Would Rather Be Stupid than Smart, though competition in that category would likely be stiff. It could be that as soon as the inauguration is over we'll take the prize as Best Progressive Blog that Told You Obama Was a Centrist Weenie Before the Election.

None of those categories exists yet, which perhaps explains why Roxie's World is not a finalist in the 2008 Weblog Awards competition, despite being nominated for the second year in a row by blog pal Jon Swift. Jon put us up last year in the pet blog category and this year in the LGBT category. I'm sure we confused the heck out of the judges both times. They either thought we were a gay dog or a barking lesbian and were probably worried about how we'd behave at the awards banquet. (Note to judges: We are very well-mannered creatures. I am an AKC-registered purebred, and the moms -- well, they're fine if you get 'em liquored up. But not too liquored up, if you know what I mean.) 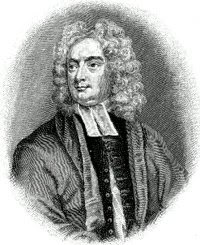 Anyway, voting for the Weblog Awards is underway, so to show you what good sports we are we're going to urge you to go over there between now and January 12 and show some love for some of our favorite blogs that did make it to the finals. Modest Jon himself is up in the category of Best Humor blog, and we urge you to vote for him because we're hoping a strong showing will get him to post more this year. Jon's far too modest output during the final months of the presidential campaign was a grievous loss to the political process and may well have determined the outcome of the race. John McCain clearly needed a reasonable conservative to stand up and explain the method behind the apparent madness of his campaign and the absolute necessity of voting for a grumpy old man who, as we have said many times, could make a victory speech sound like a prayer for a bowel movement. Modest Jon fell down on the job, and you see what we ended up with -- a young guy who could make a bowel movement sound like a Verdi aria. Seriously, folks, we heart Jon not only because he produces some of the best darn political satire we've ever read, but because he's also a fine citizen of the blogging community. He consistently supports small blogs, such as this one, and his liberal blogroll policy means that everyone is welcome to the party. Don't disappear on us again, Jon -- We need a good guy and a grownup in the room, and you're it!

For Best LGBT blog, since you can't vote for us, go vote for Pam's House Blend, which day in and day out is simply the best there is for thorough, thoughtful coverage of LGBT issues. We've been following Pam and her talented crew of baristas for awhile, but we became true fanatics in the wake of the passage of Prop 8 in California. The Blend's handling of the tumult of feelings unleashed by the triumph of Obama and the defeat of LGBT civil rights was a model of how to manage conflict in the blogosphere, which is generally pretty awful at dealing with strong feelings and deep disagreements. We're also impressed with the Blend's commitment to covering all segments (sexual, racial, and economic) of the LGBT community.

Finally, in the category of Best Liberal blog, ignore the silly battle being waged between Wonkette and the Confluence and cast your vote for Shakesville. We've already told you why.

There are a bunch of other categories and a ton of other blogs nominated, but those are the ones we follow closely enough to lobby for. You can vote every day between now and January 12, so click into the action. Meantime, we are already strategizing for next year. If we can't sell the judges on any of the categories proposed above, we may just nominate ourselves in the Best Hidden Gem category, which is for blogs with a Technorati authority of less than 50. We rather like thinking of ourselves as a hidden gem, at least until such time as the capricious gods of the blogosphere deign to notice us and send us the billions of clicks a day we so clearly deserve. In the meantime, kids, it's just us and you -- but that, rest assured, is more than enough for this old gay dog and her two barking dykes. Peace out.
Posted by Roxie Smith Lindemann at 6:25 PM

Email ThisBlogThis!Share to TwitterShare to FacebookShare to Pinterest
Labels: blogging