Here's what really matters about the Olympics, of course:

(Photo Credit: Doug Mills, New York Times; Michael Phelps takes his fourth gold medal of the Beijing Olympics in the 200-meter butterfly with a world-record time of 1 minute 52.03 seconds, 8/12/08, unless you are in China, where it is already 8/13/08.)

Roxie's World takes an extra jolt of pride in the accomplishments of the beyond phenomenal Phelps because he's a Baltimore boy with a hard-working mom. We won't mind at all if he breaks Mark Spitz's record of seven gold medals in a single Olympic games, even though Spitz was a hero of Moose's swimming-obsessed family in childhood.

(Ellipses mark the pause in typing while Phelps picked up his fifth gold of the games in the men's 800-meter free relay. And his fifth world record! My typist is so easily distracted.)

(How does the balance beam not do serious internal damage to the bodies of those tiny little girls? Oh, right -- It does!)

Anyway, watching the Olympics means watching commercials broadcast during the Olympics, which has made us wonder:
(Eek, these little American girls are dropping like flies off the balance beam and onto the floor. Things are not looking good for the women's all-around. Quick -- Send in the Cymbalta!)
On a totally unrelated matter, you will note we haven't yapped, woofed, barked, or howled about the shocking news that Senator John Edwards was in fact schtupping Rielle Hunter, a woman hired by his campaign to make videos, as reported last October by The National Enquirer. We've kept quiet because it's so hard to find anything new or interesting to say on the tired subject of ambitious men with zipper problems. Two or three things we will say, though:
Gotta get off the soapbox, kids -- It's time for bed! The moms take off for a couple of days at the beach tomorrow, but if you're really, really good, maybe they'll post some pretty photos of the Jersey shore. Meantime, here's another piece of eye candy for Moose, qta, and other lovers of Aquaman: 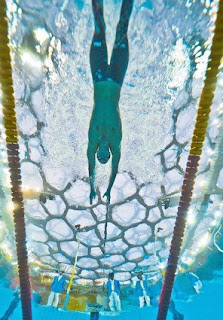