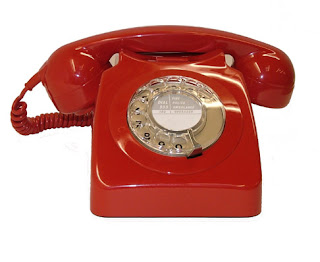 Time to pick up the phone, Senator Obama. You may not want to and you may have to medicate your wife while you do it, but it's time to admit that the bitch you beat is the woman you'll need to help you get to the White House. If you're lucky, she'll agree to step in and do what women from time immemorial have done: Work her keister off to help a younger, less qualified guy get the job she deserved while she grabs, ahem, the booby prize of being the first woman vice president in American history. If not, well, maybe all that bluster about new voters will work out better for you in the general than it did in those big primaries you lost between March and June. Can you say, "Texas," Senator? "Ohio?" "Pennsylvania?"

Forget the bluster, Senator, and consider the current state of the race. Things aren't looking all that good for you right now, despite your fawning fans in the media and the "progressive" blogosphere. Just today, for example, we note:
Not pretty, Senator, not pretty at all. Things have gotten so tight that even arch Clinton haters -- Ralph Nader, for dog's sake, and John Nichols of The Nation! -- have started saying you will or should tap the former First Lady as your veep choice. You have to admit, the trial balloons you've floated recently -- Bayh, Biden, Kaine, Sibelius, and the monster whose name will not go away, Sam Nunn -- haven't generated a whole lot of excitement or done much for your poll numbers. By contrast, "a recent New York Times/CBS News poll of convention delegates found that 28 percent preferred Mrs. Clinton for vice president — by far the largest bloc supporting a candidate," according to the NYT blog, "Political Memo."

Pick up the phone, Senator. Make your convention delegates happy. Turn at least a few snarling PUMAs into purring kitty-cats ready to curl up at your -- or her -- feet. Most importantly, earn what you and some of your disgruntled followers have long sought: the coveted endorsement of America's most famous dog blog devoted to politics, pop culture, and basketball. That's right, Senator. Roxie's World stands ready to offer you a Five-Paw Salute and our unstinting support of your candidacy if you have the good sense to call the junior senator from New York and get her to accept a place on your ticket. As we promised in the strat memo we sent you in June (you still have that in your briefcase, don't you?):

Do that, sir, and we’ll have an Obama-Clinton widget up on our sidebar so fast it’ll make your halo spin. We will set aside all our reservations and do everything within our power to assure that both you and Senator Clinton get to place your hands on the Bible come January 20, 2009. Don’t blink, or you’ll miss our Old Bitches for Obama-Clinton tee shirts as you stroll by in the inaugural parade. We’ll even give you a new blog name. Perhaps, instead of “the Lesser,” you might become known in these precincts as, um, “Good Enough.”

Are we predicting Senator Clinton will actually end up on the ticket? Nope, no way, no how. We gave up prognostication after the embarrassment of Moose's wildly incorrect (if deeply moving) predictions about Texas and Ohio. Do we think choosing Clinton will make everyone, including some of her strongest supporters, happy? No, and we're sure it will infuriate a good many of Obama's strongest supporters, since foaming-at-the-mouth Clinton hatred has been a powerful unifying and motivating force among many of his followers. We don't think Obama-Clinton would be a perfect ticket, but we think it's the ticket most likely to secure a Democratic victory in November, and that is really, finally all that matters.

Don't let an imagined perfection be the enemy of an attainable good, Senator Obama. Pick up the phone. Our hunch is there's a smart, hard-working woman prepared to answer your -- and the nation's -- call.
Posted by Roxie Smith Lindemann at 5:19 PM