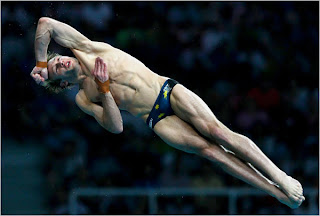 No, that is not me in the photo below, and the guy in the baseball cap is not Office of Persona Management Director Mark Twain, and the bar is not Ishmael's, the seedy place around the corner from Roxie's World's global headquarters. (We make all this stuff up, you know, precisely so that The New York Times will never find us.) It's NY state political blogger Phillip Anderson, with his non-blogging dog Molly, who is featured in a Times story on bloggers going to the upcoming political conventions. The story, which also features Pam Spaulding of the awesome LGBT group blog, Pam's House Blend, is here; Anderson's post on the story is here. No, Molly is not going to Denver with Anderson. Dogs apparently are not allowed, which is why Moose, Goose, and I will be staying right here in Roxie's World this week.

Topic(s) for Group Discussion: Will Dems win if they persist in discriminating against dogs, the loyalest, most political animals on the face of the earth? Also, is there a risk or a downside to the levels of access and legitimacy bloggers are suddenly gaining in this political season? Do they run the risk of losing their independence, of becoming more and more like the insider journalists they have so relentlessly and righteously critiqued? Does the mere fact of our asking such questions prove that Roxie's World is jealous of the bigger, more influential dogs in the growing pack of political bloggers? Please weigh in in Comments. 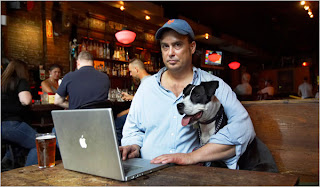