The Best of Me

Sit down, kids. We need to talk. I've got good news and bad news. The bad news is that the moms are going away for two whole weeks. Oddly enough, Emily Dickinson, who rarely traveled far from home, is taking them to JAPAN for a gathering of scholarly muckety-mucks in Kyoto. (The moms call it a "conference." I call it a reprehensible abdication of their parental responsibilities, but you can read about the "conference" here if you're interested.) The good news is that Roxie's World won't be lonely, dark, or silent in their absence. Heck, no! We'll show those moms we can get along just fine without them. We'll keep the party going here in our happy little corner of the blogosphere. Maybe I'll invite my new best friends Britney, Lindsay, and Paris to come in and do some guest posting on how to drive drunk, destroy property, and survive without apparently ever ingesting food.

Or maybe not. The creative division has been racking its brain to figure out how to handle this unprecedented situation. Last summer, when the moms abandoned me to go to Paris for ten days, Roxie's World was barely a toy chihuahua in the dog-blogosphere. I took a long nap. They set up a travel blog, and my Gay Stalker salivated over detailed descriptions of fine wines and French cuisine. Nobody else noticed. Things are different now, of course. I've got legions of loyal fans who count on me for regular doses of insightful commentary, uplifting rhetoric, and eye candy. Oh, right, like this: 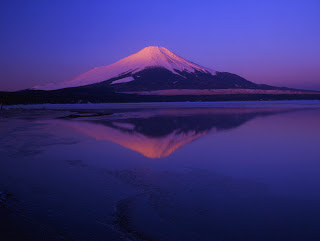 So, after careful consultation with the Department of Travel and Leisure and the Office of International Affairs, we've come up with a plan. Unlike Shrub's war planners, we've also come up with a back-up plan in case the first one doesn't work. The plan is for Moose to serve as a kind of foreign correspondent for Roxie's World. Hearkening back to her days as Ace Girl Reporter of the Cornfields, she'll send in posts and pretty pictures that may shed light on the enduring mysteries of the Orient, or -- and my money is on this possibility -- capture my moms in stunningly embarrassing situations that are likely to arise from their complete ignorance of the history, culture, language, and alphabet of the country in which they are traveling. We entertained the idea of giving Moose designer privileges here for the purposes of this assignment, but the sticklers in Legal over-ruled us, saying it could compromise my claim to being "Sole Owner and Proprietor" of Roxie's World. The Office of Persona Management had problems with it, too, arguing that readers might get confused if it seemed that the humans were suddenly taking charge of my canine universe. I'm telling you, things have gotten a lot more complicated here in Roxie's World as a consequence of our astronomical growth. In any case, Moose will write stuff, and my Aunt Isa, dog sitter and musicologist extraordinaire, will help me put it up on the blog. We'll label the material as Moose's, but I'll have complete editorial control, as always. Are we clear on that now, kids?

In the event of technological failure or in case Moose discovers she'd rather drink sake than write (which Goose would insist was a false choice), we've also assembled our first ever "Best of Roxie's World" list to assure that you have something to read if Moose fails to post or you've already finished the last Harry Potter. We might have called it "Prime Cuts" or "Top Dogs" or "Best in Show," but the moms are tired and cranky and I'm slipping into the depression I always fall into in advance of any separation, so we'll just stick with "Best of Roxie's World." If you're new to this place, you might enjoy going back to those earliest posts in the spring of 2006, when we hardly knew what a blog was. My typist couldn't even put in links, and our main interests were my precarious health and Maryland women's basketball, but the writing, in our unbiased opinion, was still good and the exuberant terrier personality was already apparent.

From the first six months of Roxie's World, we're particularly partial to:
By October of last year, Roxie's World was a bloggier place with well-established obsessions (politics, pop culture, and basketball) and an increasingly sophisticated sense of how images might help to enhance the thrill of being here. Some of the best bits from fall and winter include:
Writers always think their latest stuff is their best stuff, but I think it's fair to say that the spring and summer of 2007 have been pretty darn good here in Roxie's World. We're not sure how to explain the outpouring of creativity, which is, according to the English profs, a deep mystery, but we'll give some credit to the new version of Blogger, which makes it easy for even a Luddite like my typist to install widgets and other fun toys like my music box. It's hard to select the best from this prolific period, but here goes:
There you have it, kids. We probably haven't been selective enough, and I'm reasonably certain my typist could have organized all this better, but it's almost 11:00 on Saturday morning, even if the time stamp on this post says it's sometime Friday evening. (What can I say? My typist and I both fell asleep in the middle of a paragraph.) The moms still haven't started packing, and Moose is beginning to worry that she might not learn Japanese by the time their plane takes off shortly after noon tomorrow. (I'm thinking she might not even have figured out where her passport is by then, but that's just me.) She needs to stop typing, and I need to start pouting to make them feel guilty about leaving me. You know how that goes. Come back and see me while they're gone to see how the experiment in remote blogging from exotic foreign places goes. Come back and study this extensive archive of The Best of Roxie's World. There will be a quiz once the English profs are back in town. Come back -- because without you I'm just a tired old dog with two funny moms and a laptop. With you, as I've said before, I've got a whole world in my paws.

Peace out, beloveds, and safe travels to all of you -- but especially to my moms.
Posted by Roxie Smith Lindemann at 8:50 PM

Email ThisBlogThis!Share to TwitterShare to FacebookShare to Pinterest
Labels: blogging, my moms