It's too darn hot for the kind of nuanced socio-political analysis you're accustomed to seeing here in Roxie's World, kids. I'll be spending the day curled up next to the air-conditioning vent in the living room, so I called in the Department of Eye Candy and our Director of the Lowest Common Denominator to take care of today's post. Those of you who live in places where it's cool enough to think might want to check out these interesting tid-bits:
Okay, if it's too hot where you are to fry your brain with questions of war, peace, and whether Cindy Sheehan has simply lost her mind, we'll ask you to weigh in on this burning question:

Who is cuter, 5-time Wimbledon champ Roger Federer or his rival, who has lost to Federer in the last two Wimbledon finals, Rafael Nadal?

Moose and the Official Gay Stalker of Roxie's World have been debating this matter in recent days and have not been able to come to agreement, which is odd and disconcerting because they are usually in sync on most of life's important questions. (Example #1: How should clothes in closets be organized? By color, of course. Example #2: Are you in favor of the death penalty? Only for people who a) leave handprints on the walls or b) fail to appreciate a mushroom stock that took three days to make. Example #3: Do you prefer to sing before dinner or after? Yes.) Anyway, my legions of loyal fans are going to have to adjudicate this question in the interest of maintaining queer harmony in Takoma Park.

Here are Federer and Nadal together, following Federer's triumph in a thrilling 5-setter on Sunday (and you can read all about their closely fought match here): 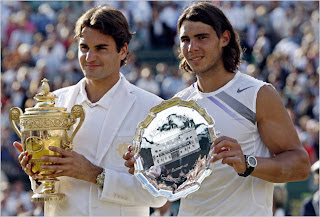 Here is Federer, in a rare display of emotion for a cool Swiss guy: 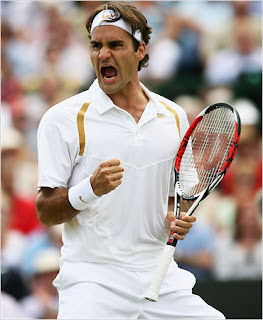 And here is Nadal, who may have the finest shoulders of any athlete on god's earth (and you KNOW how Moose loves a fine shoulder): 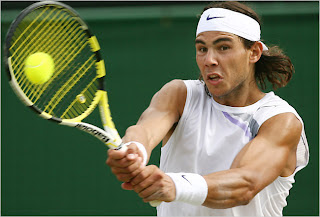 So, astute judges of all things beautiful, what do YOU think? Do you go for Federer's calm elegance and excellent haircut, or Nadal's fiery emotionalism and glorious muscularity? Cool Swiss or hot Spaniard? (And don't blame us for the nationalistic stereotypes. In this case, they really apply.) Moose and my Gay Stalker are dying for you to weigh in on their dispute. Please leave your thoughts in Comments.

And while we've got you looking at pictures of boys, here's another question you might like to ponder on a stultifying afternoon:

Were these two guys separated at birth? 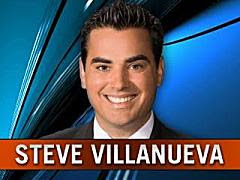 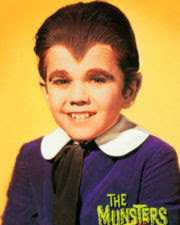 For those of you who don't live in the Washington area (or who watch The Daily Show instead of the 11:00 news), Steve Villanueva is a meteorologist for the local NBC affiliate. We have in the past referred to Mr. Villanueva, with respect and affection, as "Hispanic Eddie Munster," so we thought we'd give readers an opportunity to judge for themselves as to whether or not this is a fair characterization. Roxie's World is of course opposed to any form of meanness, but we find this resemblance too remarkable to ignore. In our dogged pursuit of the truth, sometimes we run the risk of offending, though Moose, who was an ardent fan of The Munsters in her misspent Midwestern youth, insists there is nothing offensive about being compared to the utterly adorable Eddie.

Gotta go, kids. A storm has come up, and we don't want Moose to be the next victim of a lightning strike to a laptop. (Seriously! Read all about it here.)
Posted by Roxie Smith Lindemann at 10:55 AM