(Image Credit: Tracing of Panel 04W, Line 015, Vietnam Veterans Memorial; Captain Albert Tijerina, Jr., was a high-school friend of my Uncle Bobby's in San Angelo, Texas. He was a helicopter pilot who flew highly classified missions to ferry personnel in and out of Laos during the period when the United States denied having combat personnel in the country. He was killed in Laos on March 1, 1971.) 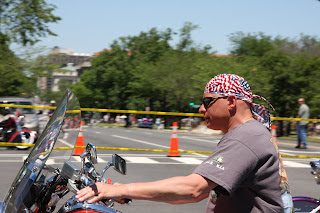 Wa Po "Faces of the Fallen" Project -- Photos and information on U. S. service members killed in Iraq and Afghanistan.

Today is as good a day as any to pause and reflect upon the slips and tricks and fogs and treacheries of memory. Imagine for a moment that I am a person and not a dog. It's hard, I know, but try. If I tell you that on a certain night in 1974 -- let's say it was August 8, the evening of Richard Nixon's resignation -- I lived in a certain town and went to a slumber party and tried to engage a particular group of adolescent girl pals in a conversation about the tragedies and outrages of the Nixon administration, and you find out later that I actually lived in a different town at that time and thus spent that evening, if I spent it with anyone, with another group of girls from the one I told you about, would you call me a liar, or would you laugh and commiserate with me on the fallibility of memory? The answer to this question depends, of course, on many things -- your previous experience of me, your sense of my veracity (or lack thereof), your judgment about my possible motivations for telling you something at odds with the truth. It is important to note, however, that the answer to this question also depends upon you -- your relationship to the truth, your motivations for seeing me as duplicitous rather than merely mistaken, your willingness to believe (in) me or your desire to tear me down.

Now, let's assume that the memory in question is not a private matter of arguably no significance but a public matter of great import. The stakes on both sides are obviously much higher. The costs of telling or shading the truth, of making and broadcasting judgments about conscious lies versus unconscious lapses are also higher. The consequences to those inside and outside this communicative loop are potentially enormous. If you are neither the person speaking the memory nor the one to whom it was spoken, how do you make a judgment about this complex trip down memory lane? If public figures and public memories are involved, do you shrug your shoulders and say, "They all lie, most if not all of the time," or shake your head and say, "They're always calling my guy -- or gal -- a liar in an unfair attempt to discredit him/her," or fold your arms and say, "Well, truth is not as simple as it sounds. Sometimes it really does depend on what the meaning of is is?" You have to make a judgment, because if you don't you'll be stuck, paralyzed, confused, but how do you assure that your own judgments are fair, reasonable, accurate? How do you know?

Sometimes, like Jesus, your favorite dog blogger prefers to speak in parables. Sometimes, a parable can be a useful means of opening up a seemingly insoluble problem, of breaking through a logjam in thought, analysis, or judgment. And sometimes, a parable might just be a way to blog without blogging, on a warm holiday afternoon when the world is off its rocker and the first sultry hints of summer are beginning to assert themselves. On such a day, an old dog's foggy brain is awash in memories that may not even be hers, and so she curls up on the cool tiles of the bathroom floor, closes her eyes, and does not remember gunshots, fallen heroes, body bags, and the lies that fed the slaughter.
Posted by Roxie Smith Lindemann at 11:56 AM