On the Death of Dead Trees 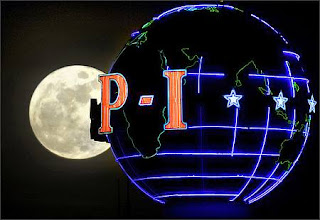 No time for a proper post, but we couldn't let today pass without acknowledging that another American newspaper, the Seattle Post-Intelligencer, has bitten the dust, at least in terms of daily, print publication. It published its last print edition today and henceforth will be digital. (Read about it here.)

We noted here the other day that Moose feels entirely responsible for the decline and fall of the American newspaper industry, because she has largely abandoned her habit of reading the print edition of a paper every single morning of her life. It could be the problem is just a teeny bit bigger than that and that Moose is not the only one to blame, though she continues to feel awfully bad about it. (Note to Wa Po and NYT: We've still got those daily subscriptions and dutifully bring the papers in every morning. They spend the day out on the kitchen counter, silently rebuking the moms for their bad new reading habits, which involve a lot of pointing and clicking and exceedingly bad posture, until someone sheepishly places them in the recycling bags before bedtime.)

Anyway, a lot of folks have devoted considerable mental energy lately to pondering the implications of the death of print journalism in connection with a range of non-trivial issues including, you know, the survival of democracy. Tom Watson is an ink-stained wretch whose opinion on such things we respect enormously. He's got a sad, anxious meditation on What This All Means over at his blog. Go read it. You'll get less ambivalence and even a giddy sense that we might be stumbling toward an amazing information future in Clay Shirky's long, thoughtful "Newspapers and Thinking the Unthinkable," which everyone and her sister are linking to right now. With good reason. Go read it, but here's a tasty sample of the treat in store for you:

When we shift our attention from ’save newspapers’ to ’save society’, the imperative changes from ‘preserve the current institutions’ to ‘do whatever works.’ And what works today isn’t the same as what used to work.

We don’t know who the Aldus Manutius of the current age is. It could be Craig Newmark, or Caterina Fake. It could be Martin Nisenholtz, or Emily Bell. It could be some 19 year old kid few of us have heard of, working on something we won’t recognize as vital until a decade hence. Any experiment, though, designed to provide new models for journalism is going to be an improvement over hiding from the real, especially in a year when, for many papers, the unthinkable future is already in the past.

Like we said, go read the whole thing. It's late. We have to go put the unread newspapers into recycling and head to bed. Tomorrow: The revolution will be digitized -- and Roxie's World will be on the front lines! Cross my paws and hope to die, kids.
Posted by Roxie Smith Lindemann at 11:14 PM