Apologies for the prolonged blog silence, children, but the moms were up in the Big Apple for the past few days, attending a conference, torturing the late-night front desk manager at the Algonquin (who ultimately threw up her hands and let Goose into the back office to print out Moose's conference paper because no one else could manage to do it), drinking many cocktails in the Algonquin's beautiful lobby bar, and lavishly launching the orgy of celebration that will culminate this Friday in Moose's entry into the Second Half Century of Her Life. (Yes, an elegant dinner party was had. Toasts were made. Poems read. Tears shed. Embarrassing photographs of long-forgotten prom dresses and unfortunate 1970s hairdos were displayed, on a large-screen TV. Thank-you notes will be written.)

Anyway, spring (not really a) break has left the moms feeling as flat as poor little Vermont was against Connecticut this afternoon. Here are a few random snaps from the weekend. We'll catch up with you soon, kids. Meantime, here's hoping your brackets are in tact and your flowers are in bloom. And that all dog's children are escorted into middle age by a pack of splendid, generous friends. Love you. Mean it.

Photo One: Café Un Deux Trois -- The moms make a point of dining here when they're in New York because Moose likes the paper tablecloths and the crayons. The steaks aren't bad either, but, really, the crayons and the charming, attentive servers are the highlights. Oh, and "ED" is Emily Dickinson, of course. 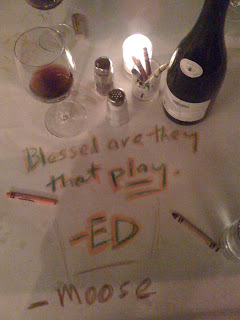 Photo Two: Driving up Sixth Ave. on what felt like the first day of spring, though it was technically the second. 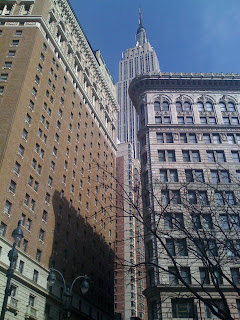 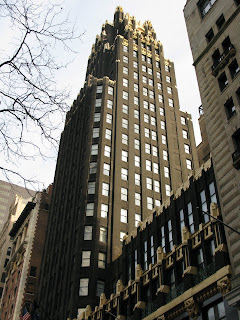 Photo Four: Of course the Sign Ladies made it back to Comcast on Sunday afternoon in time to see the Lady Terps make their NCAA tournament debut with an easy win over Dartmouth. Kristi Toliver scored 27 points and spent a lot of the second half sitting on the bench with a beatific smile on her face. Way to go, women! 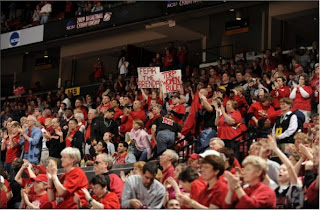