Let's prepare for this evening's Rumble in Raleigh (Maryland's Elite Eight game against the Cardinals of Louisville) with a few glances back (over our Shoulders, as it were) at Saturday's stunning come-from-behind win over Vanderbilt.

First, in case you missed it, here are court-side interviews with Marissa "Shoulders" Coleman and Coach Brenda Frese from ESPN's broadcast of the game. We love watching Coach B standing in the background with a proud smile on her face while Coleman talks about how much she wanted the win:

Next, we've got several new candidates for the Sportswriters' Epic Simile of the Year Contest (trademark RW Enterprises, LLC), as reporters strained their brains (and, one imagines, Google) in their efforts to describe Shoulders' breathtaking 42 point/15 rebound performance. Just like Shakespeare, only with a distinct odor of gym socks in the air, the sportswriters sit themselves down to ponder the eternal question, "Shall I compare thee to a . . . ?" and the results of their pondering are:

Mike Wise in Wa Po sticks mostly to the world of sports as he endeavors to capture the scale of Coleman's accomplishment, though he tucks in a gratuitous rock 'n roll reference (to Bruce Springsteen, whose E Street Band reunion tour in 2000 played in the same arena, Raleigh's RBC Center, where the game was played). Wise compares Coleman's performance to Michael Jordan scoring 55 points against the Knicks in Madison Square Garden or to a 15-year-old Jason Kidd lighting up the house in Northern California prep championships and concludes that "Coleman's sublime game ranks alongside both of them among the greatest individual performances I've ever covered." Oh, in addition to epic similes, Wise offers the poignant news that Coleman's own mother, Joni, missed her daughter's whirlwind feat because she got so nervous when the Terps fell behind that she couldn't bear to watch (which also happened during the Terps' 2006 run for the championship:

"I was too worried. I had to leave the arena and plug my ears when they started losing," Joni said. "I didn't see the comeback, I admit it. But I'll say this: I know how bad she wants it. And I know what she can do."

"She did the same thing in Albuquerque," Marissa said, shrugging and grinning. "My mom . . . she gets so nervous."

Meanwhile, over on ESPN, Mechelle Voepel reaches into the domain of Cold War politics for a comparison that makes Coleman both a superhero and a freedom fighter. Reading it, one imagines Tom Cruise improbably cast in the role of Marissa Coleman in the film Voepel would make of this year's women's tournament:

It seemed like nothing short of the old Berlin Wall could have stopped [Coleman] -- and we would have given her pretty good odds of scaling that, too, on this day. 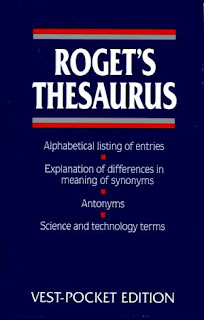 Nice try, Mechelle, but the winner of Moose's battered old Roget's Thesaurus, at least for this round, is Rick Maese of the Baltimore Sun, who reaches for the sky in a desperate bid to try to convey the scale of what Shoulders did in the last several minutes of the game:

[W]hat Coleman did Saturday afternoon is hard to quantify with numbers and difficult to capture with cameras. She could've started flapping her arms at midcourt and floated to the rafters and it would have been easier to rationalize than the closing minutes of Maryland's emotional 78-74 come-from-behind win over Vanderbilt.

It's a bird! It's a plane! It's SHOULDERS! Maese is so taken with his metaphor that he returns to it for the ending of his column:

After what she did Saturday, nothing she does should surprise. If she does start flapping her arms, it might be wise to look up. Coleman's capable of anything.

Love you. Mean it. You're one of our favorite sportswriters, and we give props to the Sun for its coverage of Maryland women's b-ball. Wa Po's got nothing on you in this department, despite the excellent work now being done by Camille Powell. We have great sympathy for American sportswriters, who seem doomed by the culture to interpret everything that happens through the "thrill of victory, agony of defeat" formula established decades ago by ABC's Wide World of Sports. And metaphors of flight are, of course, an apt and handy way to capture the transcendent qualities of exceptional athletic feats. In such moments, the athlete is ourselves perfected, ourselves above ourselves, soaring Icarus reaching for the sun, while we sit on the couch eating potato chips. We get it, Rick, but we still think you went a little over the top in those weird images of Marissa flapping her arms. The image is more comic than epic to us, and it captures nothing of the grace of Coleman's powerful athleticism. We think you should keep your eye a little closer to the ground as you watch the game tonight. Remember, the only birds in the house will be the Cardinals -- and we're hoping Shoulders and her pals will be feasting on them.

Yours sincerely,
Roxie
Posted by Roxie Smith Lindemann at 9:06 AM