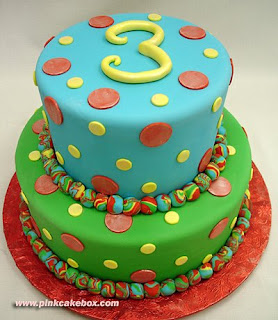 Time for a little happy dance in your cubicles, kids. Today is the third anniversary of America's favorite dog blog devoted to politics, pop culture, and basketball! It's true! Can you believe we've been hanging out together for three whole years, sniffing out all the news that's fit to rant about, making up cool new words like "Terpalicious" and new phrases like "poop on toast?" We are so grateful to all of you for your wholly inexplicable devotion to us and what we do around here. As I say every year around this time,

Without you, I’m just an old dog with two crazy moms and a laptop. With you, I’ve got a whole world in my paws.

So thanks for coming by!

I'm not the only one with age on my mind today in Roxie's World. Moose received her invitation to join AARP in the mail yesterday, in anticipation of the monumental birthday that will be occurring in a little over two weeks. How is she feeling in anticipation of that event? Suffice it to say that she got a little verklempt yesterday reading Melissa McEwan's heartfelt tribute to The Golden Girls, but she couldn't figure out whether the emotion arose from a sense of identification with the author or the object of that tribute. Moose has long been a fan of Dorothy and the gang, seeing them as rare and marvelous pop cultural examples of (white, heterosexual, middle-class) women aging gracefully and feistily, but something in the quality of her admiration shifts as she realizes that Dorothy now feels less like a mother figure and more like a friend she might meet for lunch. "How're you doing?" Moose might say to Dorothy over a glass of wine. "How's the knee?" "Oh, fine," Dorothy would gamely reply. "How're the night sweats?" "Ah, don't ask. Just keep the cool drinks coming!"

Looking for a rowdier vision of aging, one that includes unapologetic golden girl-on-golden girl sexual action? Then get yourself over to The New Yorker (you'll need a subscription or access through your university library) and read every riveting word of Ariel Levy's "Lesbian Nation" (from the March 2 issue), which checks in with members of the "Van Dykes," a group of lesbian separatists from the 1970s whom Levy describes as "a roving band of van-driving vegans who shaved their heads, avoided speaking to men unless they were waiters or mechanics, and lived on the highways of North America for several years, stopping only on Women's Land. The Van Dykes had determined that the world was suffering from 'testosterone poisoning,' and they were on a quest: to locate dyke heaven." It's a terrific story, written without any of the condescension toward the counter-culture or lesbian feminism that one usually encounters in such pieces. (H/T to Candy Man for calling Levy's story to our attention and to Historiann, who blogged it yesterday.)

So stay tuned, folks. We'll see if Moose decides to celebrate the monumental birthday by ordering the complete Golden Girls on DVD -- or by hitting the road and getting a tattoo. In the meantime, thanks to all y'all for being our friends. Peace out.
Posted by Roxie Smith Lindemann at 9:17 AM

Email ThisBlogThis!Share to TwitterShare to FacebookShare to Pinterest
Labels: aging, blogging, my fans