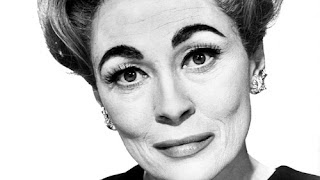 Hell hath no fury like an English prof in mid-August avoiding the task of syllabus design. Especially when said prof is battling jetlag, hormonal imbalance, and what I am about to designate as post-Park Hyatt Tokyo stress disorder. Suddenly, our house, which many people think is pretty and which the moms had re-built from the ground up a few years ago, is a den of filth and deficiency in Moose’s eyes. “What a dump!” I can almost hear her muttering as she storms from room to room, dragging the vacuum behind her.

Mind you, this all started before she saw the mouse on the stairs Monday night. Now that was a moment of high hilarity, I assure you. Your favorite dog-blogger stood back and stared as her big strong moms morphed from Thelma and Louise to Lucy and Ethel right before my very eyes. “Eek! Eek! Eek! A MOUSE!” they shrieked, as if it were news to anyone. Then, since neither Ricky nor Fred appeared to rescue them from their plight, they raced around the house in search of tools appropriate for capturing and killing a mouse. (Yes, it's true -- The moms are emphatically pro-death penalty when it comes to rodents.) Moose got a dustpan. Goose grabbed a wastebasket. After considerable effort and a lot more shrieking, the mouse was trapped under the wastebasket. A file folder and masking tape were then pressed into service, and eventually the poor mouse was dumped into the toilet and flushed to his demise. I am reasonably certain there are more efficient and humane ways to capture and kill such a small creature, but I am bound by my blogger’s oath to tell the truth with as few stretchers as might be necessary to keep you coming back to Roxie’s World. It happened precisely as I have told it. 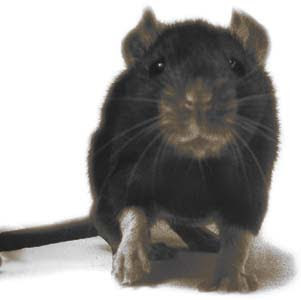 And all of that was before Moose saw a rat in the yard last night. She might have seen two rats, or perhaps she saw one rat twice, but there’s been no peace in our house since then. Poor Moose. She tries to tell herself we live in an urban neighborhood near a creek. Rats are part of the environment and not proof of her poor housekeeping or moral depravity. When the summer is dry, as this one has been, we occasionally see rats this time of year. It’s a tough sell, though. In the clean Midwest of her girlhood, there were no rats. (Goose and I are tempted to point out there were no queers, blacks, or Jews either, and that’s one of the many reasons she was so eager to flee the “clean” Midwest of her girlhood, but it’s really futile to engage in rational discourse when Moose is on one of her tears.) Nice people did not have rats; ergo, if we have rats we are not nice people. Or dogs. And so by 5 o’clock this morning Moose was wide awake, with visions of rodents and unfinished syllabi dancing in her head. How many films should she teach? Should she call the exterminator? Documentaries or features? And that rug in the great room! It’s starting to smell. Surely she should do something about that this weekend before the onslaught of a new semester hits. . . .

By 8 a.m. the white tornado was roaring through the great room, somehow convinced that the rats would stay away from the house if she got the carpet clean and, just to be on the safe side, vacuumed the magazine rack and the logs by the fireplace. My Aunt Katie would call this magical thinking, because she is a generous person who always gives folks the benefit of the doubt. Goose and I are less charitable. We think Moose has obsessive-compulsive disorder and do our best to avoid her when one of these fits comes on. Goose made pancakes for breakfast, which forced a brief pause in the onslaught because Moose is inordinately fond of pancakes. By 11, she was off to Home Depot in search of rat poisoning and carpet cleaner, both of which she found.

It’s a little after 1 now, and the calm of restored order has descended on our happy, clean-smelling home. The tornado rests quietly in a chair, glancing just occasionally out into the yard to check for signs of rodents. Seeing none, she smiles with satisfaction. She is a nice person with a clean house. Her tribe is safe. The rats? Well, order requires the banishment of disorder. The rats are on their own in a yard laced with poison (hidden beyond an old dog's reach, of course). All is well in Roxie’s World.
Posted by Roxie Smith Lindemann at 1:31 PM

Email ThisBlogThis!Share to TwitterShare to FacebookShare to Pinterest
Labels: my moms