Another One Bites the Dust

It's Monday morning, and all over America lovers of justice are doing a happy dance. 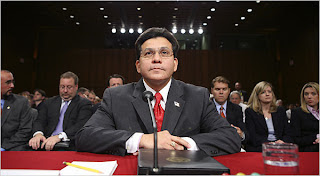 Update: Some Reactions to the Gonzales Resignation

Posted by Roxie Smith Lindemann at 9:07 AM