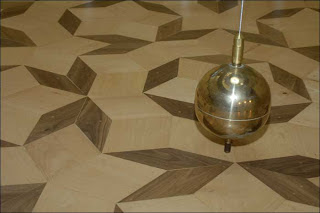 Look out, sweet children of the left. The pendulum is swinging back in your direction. Oh, happy day! The times, they are a-changin'! The zeitgeist, it is a-shftin'. War will end! Health care will be universal! The oil industry won't be in charge of energy policy! The flat-earthers won't be in charge of education policy! We'll un-shred the Constitution and re-build that beautiful wall between Church and State. Let there be peace on Earth, and let it begin with the long exile of the Republican party from the corridors of power in the United States.

What, you may be wondering, provokes this gleeful outpouring of optimism from your usually measured dog blogger? Aside from the thrill of knowing that Karl Rove will soon be leaving the neighborhood, Moose and I have been feeling pretty giddy since we read a fabulous analysis of polling data by Andrew Kohut and Carroll Doherty of the Pew Research Center that ran in Wa Po's "Outlook" section on Sunday. (The article is here. Access the full Pew report, which was released in March, here.) Kohut is on our very short list of Favorite Numbers Nerds. The guys in Clicks and Eyeballs all have posters of him on the walls of their cubicles here in Roxie's World. Whenever he appears on The NewsHour, Moose and Goose put down their martinis, briefly, and listen with rapt attention as he carefully explains the deep implications of his latest numbers. They thrill to his every word -- and his latest word is very, very bad for Republicans and very, very promising for Democrats, assuming Dems can seize the opportunities implied by Andy's numbers.

Message to Democrats: Listen to Andy Kohut. Study Andy's numbers. Andy is smarter than you are, smarter than Karl Rove, smarter than Mark Penn and the Democratic Losership Council. The ground has shifted. Voters want an efficient government that is responsive to real needs and the greater good, not one that is held hostage by corporate interests and a narrow, theocratic agenda.

Listen to Andy (and Carroll):

Here's something Democrats can really take heart from: Public support for more government aid to the poor and needy is back. The percentage of those who say that "it is the responsibility of the government to take care of people who can't take care of themselves" has gone up 12 points since 1994, the pivotal year when Republicans took control of Congress with their promises of a "Contract With America." Support for more government involvement in dealing with social problems is on the upswing overall.

More Americans now subscribe to the sentiment that "the rich get richer while the poor get poorer." Seventy-three percent concur with that statement today, up from 65 percent five years ago. A nationwide Pew survey last month found that 48 percent of the public sees American society as divided between "haves" and "have nots," with as many as a third describing themselves as "have nots." Both measures are substantially higher than in the late 1990s.

At the same time, many of the key social trends that nurtured the Republican resurgence in the mid-1990s are cooling. Support for traditional values on social issues such as homosexuality or the role of women has edged downward since 1994. There has been a downturn in the percentage endorsing "old-fashioned values about family and marriage," from percentages in the mid-80s in the past to 76 percent in the latest study.

There's even some evidence of a small shift away from religion and toward a more secular identification:

Another bad sign for Republicans, the party of staunch religious values: Most Americans remain religious, but the number expressing strong beliefs has dropped since the mid-1990s. The percentage that says it "completely agrees" that "prayer is an important part of my life" jumped from 41 percent to a high of 55 percent in 1999. It's now down to 45 percent. We also found small but perceptible growth over the past two decades in the numbers who identify themselves as secular -- from 8 percent in 1987 to 12 percent today. Most of that growth is among young people.

Perhaps most important for Democrats is the suggestion that the trend that was established in the 2006 election of independents moving left may be holding:

Today, independents are much more in sync with Democrats than with Republicans on both domestic and international issues. One example: We see a striking increase in independents' support for more government help for the needy, even if it means going deeper into debt. Fully 57 percent of independents endorse this idea today; in 1994, just 39 percent did.

That high-pitched sound you hear is the sound of a million Republican operatives crying over their communion wine. In a May debate, three of the ten declared Republican candidates indicated they did not believe in evolution. Most of them are vigorously anti-choice and would support a constitutional amendment making gays and lesbians second-class citizens. Most are closely tied to Bush's foreign and military policies and boast of their commitments to a "muscular" America asserting its power in the world. The country has shifted to the left, and they are standing out in right field preaching to an increasingly hysterical and shrinking group of fans.

Grab that pendulum and hold on for dear life, Dems. It's finally swinging your way.
Posted by Roxie Smith Lindemann at 10:12 AM