Pour One for the Lady 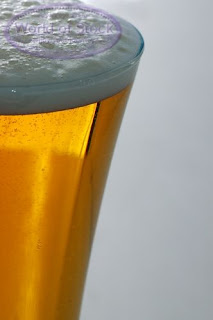 (Updated below with video of Lucia Whalen.)

When the prez, the cop, and the English prof sit down in the White House Thursday evening for one of the more anticipated rounds of beers in recent memory, we’re hoping they’ll make room at the bar for Lucia Whalen, the woman whose 911 call to Cambridge police helped turn a balky front door into a summer blockbuster of melodrama across the fault lines of race and class.

If the point of gathering over some tall cold ones is to dial back the tensions set off by the incident, then surely Whalen deserves to be a part of it. Henry Lewis “Skip” Gates Jr. made it clear he bore no ill will toward the individual who alerted police to two men struggling to gain entry to his Cambridge home one afternoon nearly two weeks ago. “We depend on the police,” Gates told his daughter Elizabeth in a conversation published in The Daily Beast. “I’m glad that this lady called 911. I hope right now if someone is breaking into my house she’s calling 911 and the police will come!” Gates directed his outrage at the arresting officer in the case, Sgt. James Crowley, saying, “I just don’t want to be arrested for being black at home! I think this was a bit of an extreme reaction.”

Much of the commentary on the incident has been far less charitable toward Whalen and less understanding of her actions than Gates himself was. Fueled by the ambiguities – if not outright distortions – of the police report, which claimed Whalen had told police she “observed two black males with backpacks” on the porch of the Gates home, news analysts and bloggers have maligned Whalen as a bigot who assumed the men were criminals because of their race. If this was a case about racial profiling – and no less a figure than the president of the United States has said that it is – then Lucia Whalen was the first profiler, a white woman who couldn’t imagine that two black men had legitimate reasons for trying to open a door in elite Cambridge. She was a nosy neighbor, a snooty bitch, the latest avatar of white womanhood imperiled by the black stranger in her midst.

Except that maybe she wasn’t any of those things.

The tape of Whalen’s phone call to police, which was released yesterday, and remarks by her attorney, Wendy Murphy, suggest that the line of argument – or attack – mapped out above does a gross disservice to Lucia Whalen and the role she played in Prof. Gates’ ordeal. In his conversation with his daughter, Gates described the police report as “an act of pure fiction. One designed to protect him, Sgt. Crowley, from unethical behavior.” The 911 tape makes it fairly clear that part of what was fabricated in Crowley’s report is the description, attributed to Whalen, of two black males with backpacks. (Listen to a tape of the call here. Read the AP transcript of it here.) Asked if the men she saw on the porch were white, black, or Hispanic, Whalen is hesitant: “Um, well there were two larger men. One looked kind of Hispanic, but I'm not really sure. And the other one entered and I didn't see what he looked like at all.” During the phone call, she never describes either man as black and never mentions backpacks, though she does note two suitcases on the porch. Murphy, Whalen’s attorney, says that Whalen did not speak to Sgt. Crowley at the scene and that she never at any point referred to the men on the porch as black. “She never saw their race,” Murphy said. “All she reported was behavior, not skin color."

Why does it matter that Whalen never said “black” or “backpack”? It matters because the evidence indicates that Skip Gates is not the only one in this case who has been victimized by Sgt. Crowley’s abuse of his power as a police officer. His police report tries to shift blame from himself to Whalen by suggesting that her description had predisposed him to believe he would encounter a black criminal when he went inside the residence. The report makes her the origin of the racial/racist paranoia many have seen as the heart of this incident. If his fuse seemed short in his encounter with Gates, Whalen had helped to shorten and perhaps even to light it.

If it is true that Whalen and Crowley didn’t speak to one another on the scene, then the police report is inaccurate and unfair to Whalen in its account of her actions. (Cambridge police stand by the report.) The transcript of the call indicates that she was a reluctant participant in these events, deeply uncertain about what she was seeing, making the call because an elderly neighbor stopped her to express concern. It’s worth noting that other details about Whalen have been widely misreported. She doesn’t live in Gates’ neighborhood. She works there, as a fundraiser for Harvard’s alumni magazine, the offices of which are close to Gates’ house. Interestingly, according to her attorney, Whalen also isn’t “a white woman in the traditional sense.” She is of Portuguese descent and is “olive-skinned.” Now, we can consult the social and legal histories of whiteness in the United States to try to determine the exact moment when the sizable community of Portuguese immigrants in Massachusetts became “white,” but the fact is that Lucia Whalen’s olive skin matters to this story. It suggests that, yet again, Americans are ill-served by our tendency to reduce everything to a crude black-white binary. Such a reductive framework has depicted Whalen in this case as a hysterical white neighbor suspicious of two black men. If it turns out that she isn’t exactly white and she isn’t really a neighbor and she never mentioned anybody’s blackness, then we have not seen or heard her at all. We owe her more careful attention and perhaps, in some cases, an apology.

At the very least, as far as the thirsty bitches of Roxie’s World are concerned, we owe Lucia Whalen a beer, and we hope the president of the United States, who knows a thing or two about being neither black nor white “in the traditional sense,” makes sure that she gets it.

(Apologies to readers who believed us when we said weren’t going to have any more to say about the Gates affair. Sometimes events force us to change our minds, but we will try really hard to let it go at this point. Honor bright.)

Update: Here is your chance to begin to see and hear Lucia Whalen, who made her first public comments at a Wednesday afternoon press conference. Watch the vid -- and then call the White House and demand that Whalen be invited to the Big Beer Bash around the picnic table tomorrow night: 202.456.1111.