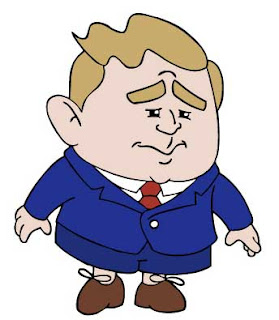 Everything you need to know in order to understand why meaningful health-care reform doesn't stand a snowball's chance in hell of passing in this country is contained in the opening paragraph of Paul Krugman's NYT column this morning. Krugman offers a charming anecdote intended to illustrate "the extent to which health reform must climb a wall of misinformation." In that it succeeds, all too well:

At a recent town hall meeting, a man stood up and told Representative Bob Inglis to “keep your government hands off my Medicare.” The congressman, a Republican from South Carolina, tried to explain that Medicare is already a government program — but the voter, Mr. Inglis said, “wasn’t having any of it.”

Keep your government hands off my Medicare?!? Forget the idiocies of the birthers, people. There is enough rank stupidity among the mainstream of the populace to make reasoned discussion of the issues difficult and far-reaching change impossible. Keep your government hands off my Medicare -- and another thing: Don't you dare raise my taxes to pay for no damn roads or schools or hospitals or environmental protections! I shouldn't have to pay for those things -- The GOVERNMENT should pay for those things!

[You must pardon the cynical tone of today's remarks. You know we are all committed small-d democrats here in Roxie's World, not a bunch of chardonnay-swilling elitists. (Really -- We don't swill, darling, we sip!) Moose is feeling a little cranky this morning on account of Goose is out of town and somebody kept her awake last night with a peculiar combination of twirling, whining, barking, and panting. Lather, rinse, and repeat, loudly, at one-hour intervals. Good times, people, good times. Looks like someone is going to need an afternoon nap or an early cocktail. Or, as Lily Tomlin used to say, "Both if you like." Peace out.]
Posted by Roxie Smith Lindemann at 11:03 AM