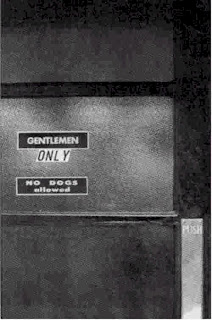 Imagine it with us, darlings.

Helen Thomas: Mr. President, can you explain why Lucia Whalen, who called 911 to report suspicious activity at the home of Henry Louis Gates Jr., has not been invited to the White House for this evening's so-called "beer summit"? After all, Ms. Whalen has been subjected to threats and vicious assaults upon her character when it's clear she was just trying to do the right thing. Doesn't she deserve to be included in a gathering aimed at healing the wounds of misunderstanding arising from this incident?

President Barack Obama: Look, Helen, Lucia Whalen is a fine American, and I applaud her act of good citizenship in this case. She did what we would hope any American would do under similar circumstances. Responding to the concerns of an elderly neighbor, she called police and with precision and sensitivity reported exactly what she saw. Lucia Whalen is not a racial profiler. She is an American hero.

Helen Thomas: Then why won't she be drinking beer at the picnic table with you, Prof. Gates, and Sgt. Crowley this evening?

President Barack Obama: Because she is a girl, Helen, and guys don't like having girls at beer parties. Her attorney indicated yesterday that Ms. Whalen doesn't even like beer, which would force us to bring in a chardonnay or some other girlie beverage that would totally mess with the whole guy vibe of the evening. I think we are more likely to achieve the desired degree of comity if there aren't any women around to prevent us from burping, farting, back-slapping, and engaging in other acts of manly bonding. As you know, gender had nothing whatsoever to do with the toxic mess of misunderstanding that was stirred up by this incident, so Ms. Whalen's presence would pull us away from the issues of race and class that were clearly the sources of tension here. Besides, Helen, Ms. Whalen is a known tattletale. We would seriously have to watch ourselves if she were around, especially if she had that cell phone with her! Hell, no! That's not happening on my watch! Does that answer your question, Helen?

Helen Thomas: Indeed it does, Mr. President. Thank you very much.

(Of course, it takes a man's man to imagine the actual scene of the Big Boys' Beer Bash for Manly Racial Harmony and Understanding that is to take place at the White House this evening. Roxie's World cannot go there, but John Kenney does in The New Yorker, and the results are side-splitting. Click on that link, but make sure your bladder is empty when you do. [H/T to Dog-Eared Book and her manly sidekick for calling this piece to our attention.] Oh, and a huge face lick to the goddess of Shakesville, Melissa McEwan, for including our previous post in yesterday's blogaround and catapulting Roxie's World to its busiest day ever. Thank you, Liss, and thanks to everyone who clicked in for a look at America's favorite dog blog devoted to politics, pop culture, and basketball. Y'all come back now, hear? Peace out.)
Posted by Roxie Smith Lindemann at 10:28 AM