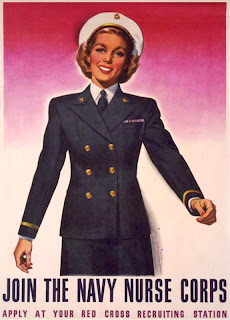 Today we mourn the passing of one of the official Bonus Moms of Roxie’s World, our dear friend and Aunt Katie’s actual mom, Jean King. She died yesterday morning after a long battle with spinal stenosis. Jean was 87 years old, a widow and mother of two who served as a Navy nurse in World War II and lived for many years in Japan, Thailand, Turkey, and in numerous places in the U.S. while her husband, an Army colonel, did tours of duty in Japan, Vietnam, and Thailand. Jean moved to Washington in 1998 to be closer to Katie, who tended faithfully and with great compassion to her mother through several surgeries and the challenges of managing the pain of her illness on a daily basis. Our hearts go out to Aunt Katie and her brother Ed as they adjust to life without their vivacious, fun-loving mom.

We have many fond memories of Jean in Roxie’s World. Most of them involve the pleasures of eating, drinking, and lively conversation, activities Jean enjoyed with gusto. She had a hearty laugh and eyes that could light up a room. She loved a stiff drink and a good story and was as happy to hear one as she was to tell one. She was a shrewd judge of character who recognized pretension from a mile away and appreciated a job well done whether the job was big and important or small and humble. Her pride in the accomplishments of her daughter and her friends was palpable and fierce. She was a feminist by nature and a Democrat by common sense.

For years, we kept a bottle of pepper-infused Stoli on hand so that we could offer what Goose called a Jeanie Martini (pepper vodka, a jalapeno-stuffed olive, and a faint trace of vermouth) should the King women happen to stop by, which they often did when Jean was still ambulatory. Jean had a place of honor at many holiday gatherings at our house. She was especially fond of the New Year’s Eve dinner parties the moms threw and admired Moose’s commitment to serving lobster and champagne on such occasions because she agreed that the new year should begin on a note of elegance and extravagance. She would stay at the table for hours happily engaged in conversation with a shifting cast of characters – lawyers, profs, kids, writers, rebels, grad students, gadflies, under-employed ex-chefs incredibly skilled in the art of plating lobsters. Months after such a gathering, Jean would ask after one of her dinner companions. She had an impressive knack for recalling the details of people’s stories. “How’s so-and-so doing?” she would say. “I was worried about that horrible job she was in.”

As the years went by and Jean’s debility increased, we saw less of her in Roxie’s World but treasured our moments together all the more. A favorite memory from the last few years was a Mother’s Day luncheon we had on a splendid, sun-drenched afternoon in 2005. It was a simple meal of grilled shrimp, salad, and sourdough bread, but Jean relished each bite as if it were the most sublime delicacy on earth and praised the cooks to the skies. We ended the feast with a few minutes out on the deck, enjoying the sun. In photographs of the occasion, Jean’s cheeks are gaunt, but her eyes are bright with pleasure. She may have been a shadow of her former self, but even the shadow of such a soul looms large and beautiful and leaves sorrow in its wake when it passes.

Godspeed, sweet friend, and may your journey’s next steps be free of pain. We miss your company, honor your courage, and raise a glass to your great, good spirit – an elegant glass, crystal with a sturdy blue stem, filled with something strong and spicy and fine. And, finally, we send out a song to console ourselves and all who are left trying to remember: