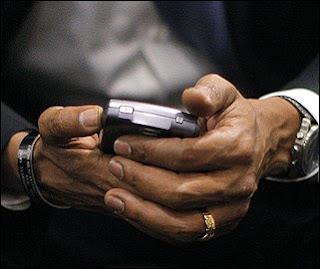 Note from the Office of Chopped Liver and Potted Plants

The "first truly wired president" reads blogs. Gay blogs even, apparently, but he prefers this one to this one, apparently. Are we bitter? Nah. Who's got time for that? We were tickled pink to stumble across this little nugget in a WaPo front pager this morning on what influences President Obama's decision-making:

As for what Obama reads online, his advisers said he looks for offbeat blogs and news stories, tracking down firsthand reporting and seeking out writers with opinions about his policies. Obama was particularly interested in Atlantic Online's Andrew Sullivan's tweeting of the Iranian elections last year, said an aide, who requested anonymity to discuss what influences the president.

Hmmm. Offbeat blogs? And a blog on politics, pop culture, and basketball written by a dead dog hasn't managed to catch your attention? Srsly? All due respect, Mr. President, but we've got it all over Mr. Andrew Sullivan when it comes to offbeat. It's true we don't have a snooty British accent, but we also don't have a history with the Republican party and a deeply obnoxious tendency to sound as pontifical as a big gay . . . pontiff. We realize there may be lingering sensitivity in the White House over our stubborn refusal to endorse you in the 2008 campaign, but if, as the Post story says, you are actively seeking "rival views" and enjoy "the rigor of having a conversation with someone who's going to push [you,]" well, then, you really might consider clicking. in. here. from. time. to. time.

Your sincerely,
Roxie
Posted by Roxie Smith Lindemann at 12:39 PM