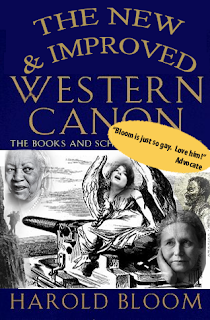 The convention is fake, but the fun is real!

Get in on the action, kids. We are still accepting proposals for sessions you will never see, keynotes that will never be delivered, workshops that will never be facilitated -- at MLA 2010, the best conference that never was nor will be, the conference lost to time through a brutal rearrangement of destiny. Imagine the free drinks you would have cadged at the book exhibit, the paradigm-shifting question you would have asked at the packed session of luminaries in your field, the world-transforming intimacy you would have enjoyed with someone whose eyes met yours as you asked that question . . . .

Some of you have already submitted multiple proposals, and we commend you for that. Since it's a fake conference, there are no limits on the number of insanely funny ideas you can put before us. Our partners in parody, the mysterious Photoshoppers over at MLA 2010, have already whipped up a fine image (above left) to go along with Julie Enszer's idea, posted here the other day, of a keynote address by Harold Bloom called "I Was Wrong: We Should Include Women and People of Color in the Canon." (The image was originally posted here.) Their design department is promising more book covers and fabulous convention swag for the best proposals submitted, so put on your (not) thinking caps and give it your best shot.

For the benefit of those who are too cool or too busy to venture into comments, we thought we'd pull a few examples out of what's already been submitted to inspire the slackers and the shy kids among you. You really should go back and look at the whole thread, though, so you can get the full effect of Prof. Manson Mingott's richly detailed proposal for a paper on the semiotics of bacon in Big Love, not to mention Julie's pitch for a new dramatic series called The Department. Julie also had a keynote idea for Donna Haraway -- "My Dog Died and Became a Cyborg." Moose liked that, though she thought "My Dog Died and Kept Right On Blogging" sounded like a more interesting talk. Blog pals Historiann and Dr. Crazy both weighed in with some fine suggestions. We were especially impressed with Historiann's idea for a roundtable for current grad students called "Forecast: Awesome! Your Employment Prospects As Soon as all of those Tenured Lesbian Baby-Boomers Retire." (She has such razor-sharp skills in professional prognostication, don't you think?) But we were ready to pack our bags and head for the airport when we saw Dr. Crazy's idea for a roundtable called "I Came for the Drinks." The proposal elaborates:

This panel would include everyone from graduate students to Eminent Scholars in the field who have attended one or more MLA conventions without a) interviewing (whether for a job for themselves or interviewing candidates), b)presenting a paper, or c) attending panels. Where are the free drinks to be had? What cash bars are not to be missed? Is there something wrong with enjoying crappy cheese and crackers and rotgut wine in a hotel room if you are over the age of 18? What do you do if you run into colleagues from your field or institution who ask you what you thought of a panel that you should have attended? These questions and more will be answered by our esteemed panelists.

Finally, the kind of professional advice a thirsty girl can actually use! Keep the ideas comin', kids. We need the laughs, and we're betting you do, too. Helluva week, eh? Oh, and just in case you wandered in here looking for information about the next actual meeting of a little organization called the Modern Language Association, you might want to click here.
Posted by Roxie Smith Lindemann at 2:58 PM