Long Overdue Postmortem on the 00s

A Highly Unsystematic Look Back at the Decade Lately Concluded

Postmortem -- Get it, kids? I promised you there'd be laughs after death, didn't I? And you know I always keep my promises. Postmortem!

I do sincerely apologize that my untimely, though not unexpected, demise last week threw a monkey wrench into all our year-end blogging plans here in Roxie's World. I mean, heck, you all count on us to keep a paw on the zeitgeist, and here we let a new year and a new decade break out without even a token attempt at a summing up or a looking back, no snarky lists of Best Ofs, Worst Ofs, and Why Oh Why Did We Let That Happen? Time waits for no blogger, though, and now such a feat feels so enormous and belated that my typist's grief-addled brain can barely imagine it. She had scribbled down a few notes before she and Goose took off for the MLA convention, but they barely make sense and have a slightly, um, idiosyncratic feel to them. See what you think.

Epic Fail of the Decade, From Which So Many Avoidable Catastrophes Sprang: Supreme Court decision in Bush v. Gore, which handed George W. Bush the presidency of the United States on December 12, 2000. John Nichols identifies that appalling act of judicial activism as "the root cause of what made the Noughties such a miserable decade for the republic." Sounds about right.

Why the Decade Would Just Flat-Out Suck Even If Nothing Else Had Happened: September 11, 2001. 'Nuf said.

Album of the Decade: Raising Sand, Robert Plant and Alison Krauss (produced by T Bone Burnett). Why? Because it was released in 2007, and it's still in heavy rotation here in Roxie's World. Sorry, Mr. Springsteen, but nothing you did this decade even came close to this extraordinary collaboration.

Film of the Decade: There Will Be Blood (directed by Paul Thomas Anderson). Why? Because qta declared it so in the incredibly thorough and thoughtful review of films and performances he put up on Facebook. The truth is, if we had seen more movies and considered them with the same diligence qta did, we might have come to a different conclusion, but we didn't, so we will happily defer to his judgment.

Best Meal Moose and Goose Ate in the Decade: Alinea, Chicago, December, 2007. The moms still talk about the course that was delivered to the table on little pillows inflated with a nutmeg-scented steam that gently wafted out as the dish settled onto the table.

Most Thrilling Athletic Moment of the Decade: We deny any QTU bias in declaring the winner here to be Kristi Toliver's 3-point shot at the buzzer to put the final of the 2006 NCAA women's basketball championship into overtime -- Sports Illustrated called Toliver's cool-handed move "the shot of the decade." It set up QTU's stunning 78-75 victory over a Duke team that everyone in the country but Moose, Goose, and upstart Coach Brenda Frese had picked to win.

Book of the Decade (Nonfiction, Theory Geeks Focused on Critters Division): When Species Meet by Donna Haraway. A witty, profound analysis of dogs, people, and what they become by being in relationship with one another -- What's not to love?

Book of the Decade (Fiction Division): It's a tie between Marilynne Robinson's Gilead and Marilynne Robinson's Home. Why? Because they are glorious books, and we are just thrilled to see the author of 1980's Housekeeping publishing novels again. Oh, and we haven't finished Toni Morrison's A Mercy yet.

Feel-Good Moment of the Decade: Watching Barack Obama take the oath of office on January 20, 2009. Y'all know this blog never harbored great exuberance (critical or uncritical) about Obama's candidacy, but we readily admit that his inauguration was a thrilling spectacle and a milestone for the nation he leads. We are still waiting to see whether the feel-good presidency will turn into the lead-with-courage-and-tactical skill administration, but we'll take that up another day.

Most Succinct Statement We've Stumbled Across About What a Sour, Disappointing, Generally Sucktastic Period of Time it Was:

. . . [F]rom an economic point of view, I’d suggest that we call the decade past the Big Zero. It was a decade in which nothing good happened, and none of the optimistic things we were supposed to believe turned out to be true.

From Paul Krugman, of course.

Poor little 00s. You're gone, and we still don't know what to call you. How about just calling you -- mercifully, finally -- OOver? And not a moment too soon. 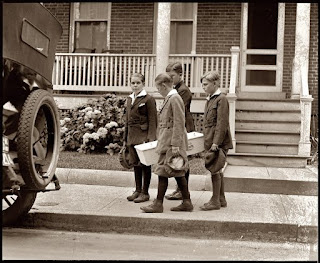