*CFFP=Call For Fake Papers,
for the Conference That Time Forgot

(Image Credit: Those clever kids over at MLA 2010)

Roxie's World has officially joined forces with the intrepid if mysterious wits behind MLA 2010, the best conference that never was nor will be (because the next convention of the Modern Language Association will be held not in some frigid Midwestern city in December, 2010, as the lord clearly intended it to be, but in January, 2011, in Los Angeles, where no one will be able to bitch about blizzards preventing them from getting to early morning sessions). For those who simply cannot bear such an egregious violation of the order of things, we offer this virtual conference as a way of bidding a fond farewell to all those holidays brutally or fortuitously interrupted by the inflexibility of the MLA calendar. 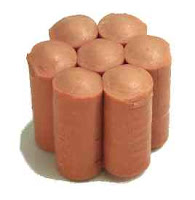 Never again will you be able to say, "No, Mom, I am terribly sorry that I cannot attend Uncle Harry's post-Christmas Vienna sausage and eggnog party, but I must iron my black jeans and get to the airport. It's time for MLA!" C'mon, admit it. Won't you miss having an excuse to escape from familial dysfunction into career dysfunction? We sure as heck will!

We invite your participation in MLA 2010, the conference that time forgot. The mystery kids are working on the book exhibit and have already come up with several titles and covers that we are certain will have Duke UP's super cool Ken Wissoker quaking in his black boots. A couple of those titles riff on a comment left here the other day by a new reader and blog pal, Bardiac, so we figure we might as well drag the rest of you into this monumental effort at faux-organization. We've agreed to take fake proposals for non-existent sessions at the conference that will never be, and so we invite you to leave your proposals in comments. We tossed out a few diabolically clever suggestions at the end of Friday's post, but we have a hunch that most of you spent the MLK holiday doing the actual work of syllabus design and pencil sharpening in preparation for the new semester and may not have had time left over for fake work. (And yet, my still-on-leave typist wonders, aren't there days on campus when it's hard to tell the difference between the actual work and the fake work? Alas.)

All of you are tagged to submit proposals, from the most oppressed grad student to the most furloughed faculty member, from the feminazi Shakespearian to the queer as pink ink poetry geek, but we're putting super-powered tags on our English prof blogging pals, Bardiac, Dr. Crazy, Kate, and Undine. Heck, since it's a fake conference, we figure there's room on the program for a few historians, so we'll tag Clio Bluestocking and Historiann, too. They both read books, closely even. All you have to do is dream up the name for a session you know you will never see in a conference program -- like, you know, "To Hell With PowerPoint: Singing, Dancing, and Success in the Literature Classroom." And/or, come up with a title for a paper that some ridiculously famous academic will never give -- Um, how about, "Oh, Crap, I Really Am a Natural Woman" by Judith Butler?

Leave your ideas in comments, and with any luck we will all spend several happy moments laughing our a$$es off while not worrying about Haiti, health care, or the Massachusetts senate race. Doesn't that sound like a good idea to you, lovelies? Get cracking. You've got some fake work to do! Peace out.
Posted by Roxie Smith Lindemann at 11:53 AM