The United States of Lieberman 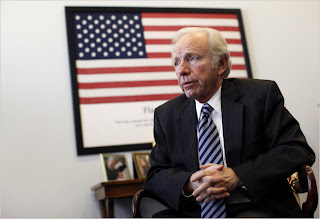 How do you like living in it, the nation being built to satisfy the insatiable, self-righteous shill for the insurance industry who is holding health-care reform hostage to his shifting demands? (Public option? Joe says no, and it's gone! Medicare buy-ins? Joe flashes "a broad grin," says no, and it's gone!)

Yeah, we don't like it either. Neither does Shakesville's Melissa McEwan. And neither does our blog pal Historiann, who asks the question of the day, as we wait for the Guy Who Was Going to Transform Our Politics, Save the World, and Make Sure Everybody Had a Prom Date to figure out how to do something that a clear majority of citizens supports: 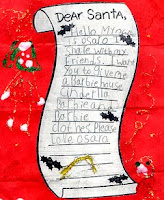 Please deliver one truckload of WWLBJD bracelets to the White House for Christmakwanzakah. Give one to the president and one to chief of staff Rahm Emanuel, along with a polite note suggesting it's high time he started using the allegedly sharp elbows he supposedly brought with him from Chicago. Hell, Santa, give one to First Dog Bo and a couple to First Kids Malia and Sasha. This White House has a LOT to learn about the exercise of political muscle!

P.S. I know it's not polite to brag, Santa, but we said all along these guys didn't have a clue about how to manage the legislative process. Please deliver us from the United States of Lieberman. It's not pretty, and it's neither Democratic nor democratic. We don't like it.