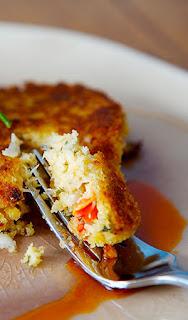 We won't lie to you, kids. Our reputation for excellence in electoral prognostication means too much to us to start cutting corners now. We won't sugar-coat it. We won't happy-talk it. We won't tell you what we wish we saw in our crystal balls rather than what we actually see. Can you handle the truth? Okay, here goes.

Roxie's World cannot with confidence predict that Senator Hillary Clinton will win any of the contests in tomorrow's Crab Cake (or Chesapeake or Potomac) primaries (DC, MD, VA). We say this with considerable sadness, knowing how many of our loyal readers are Clintonistas. We love the Obamaniacs and the broken-hearted Edwardians among you, and we feel for the tortured undecideds out there, but our diligent audience research suggests that most of you have drunk the kool-aid for Clinton. (Some of you had to put in a shot of vodka to make the kool-aid go down, but you did and we're proud of you.) So it is with a heavy heart that we report that right here in our very own ridiculously large back yard Senator Clinton will most likely lose -- and possibly lose big -- tomorrow.

Real Clear Politics averages show her trailing Senator Barack Obama by 22.3 points in our home state of Maryland (99 delegates at stake) and by 17.7 points in Virginia (101 delegates at stake). DC has 38 delegates, but RCP doesn't have any polling data up. No comment. As we all know, the polls have been less than reliable in this strange election season, particularly in Democratic races. (Al Hunt weighs in on that problem here.) Still, our feeling here on the ground in the mid-Atlantic is that signs are pointing to an Obama tidal wave in the tidewater region.

We did what we could to prevent it, kids. The moms went out yesterday (accompanied by a hot and high-powered enviro-politico pal of theirs) in 40-mph winds to put up yard signs and posters in high-traffic areas around Takoma Park. It was all very L Word, I assure you, except that none of them have spiky hair and they did not pull off the road one single time to engage in a spontaneous road-side orgy. The enviro-politico pal did bring along nails and a roll of tape, though. And an ax, just in case. Anyway, in further proof of their determination, Goose got up early this morning and put Clinton bumper stickers on both cars -- and you know that's a serious commitment. Finally, Moose refused to cancel her class this afternoon to allow her students to attend the big Obama rally that was held today on the Maryland campus -- because, hey, it's Monday, and why on earth should we pretend to be serious about the hard work of education on a Monday? Moose insists this was not a partisan move on her part, that her devotion to high academic standards would have resulted in her holding class regardless of the candidate or cause being rallied for at 12:30 on a Monday afternoon when she was planning on a scintillating discussion of the violence of gendering as explored in Ma vie en rose and Judith Butler's "Doing Justice to Someone." (I swear, Moose gets more Maggie Smith in The Prime of Miss Jean Brodie every day. [Insert eye-rolling icon here.])

But you know what this means, don't you, kids? If Clinton fails to take even a morsel of the crab cake tomorrow, on the heels of her several losses over the weekend, it means the long knives will be out, again. It means we'll have to endure endless dissections of "what went wrong" in the Clinton campaign and growing pressure on her to step aside "for the good of the party." It means Tweety and all the other villagers will piously and certainly declare that the bitter partisanship of the Bush-Clinton years has ended and the horrors of racism have been transcended and, conveniently, the spooky specter of post-menopausal female ambition has, for the time being, been banished. Whoooey, that was close, fellas, wasn't it?

How will we get through it, sweet children of Roxie's World? Same as we get through all our little challenges. I will do a lot of napping. Moose will type and drink and troll the internets looking for stories that will accentuate the bright side. Goose will cook and drink and laugh at all the funny lines we come up with to help keep desperation at bay. You all will point and click and drink or not drink and leave witty/encouraging/gently critical comments and links to other upbeat progressive news. We'll get through it, together, because that's what we do. 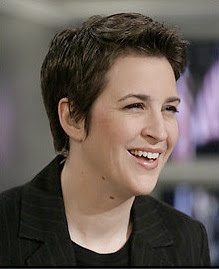 Here, for example is a happy story to help you face whatever tomorrow may bring. Wa Po includes Rachel Maddow, official Butch Goddess of Roxie's World, in a group of "Cable News's Latest Hotties" who have broken out from the pack in this intense electoral season. We are beyond thrilled to see Rachel breaking through to mainstream media stardom. We are amused that she quips that she feels that she is "dressing up like a high school principal" when she prepares to do TV, but disappointed that she thinks her most interesting fan e-mails are from "straight guys who write, 'Does it make me a lesbian if I have a crush on you?'" Um, Rache, would it kill you to read our letters? Or to do a quick label search here on Roxie's World to see how truly devoted we are to your butch fabulousness? I'm just sayin'.

Finally, we remain adamant in our refusal to link to the worshipful "Yes We Can" video produced in homage to Saint Obama, but we can never resist a good parody. This one also has the virtue of reminding Democrats that, no matter who they vote for tomorrow, the real battles lie ahead. Vote early and vote often, children. Vote your hopes and not the hype. May the best biped win. Peace out.