Cocktail of the Week: Mojitos, by Candy Man, the Official Mixologist of Roxie's World: 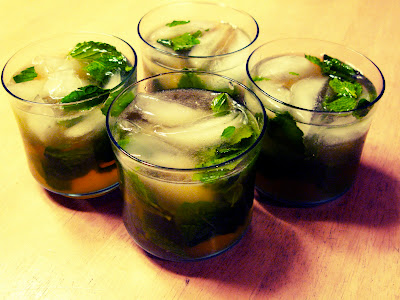 Culinary Revelation of the Week: Strawberry Risotto, by the Italian Stallion: 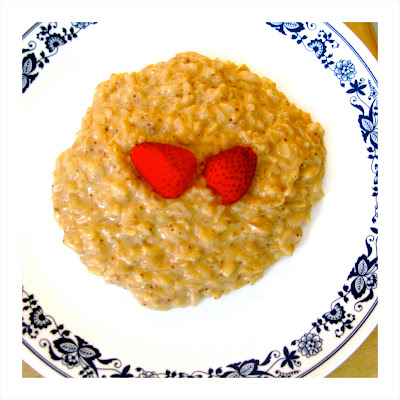 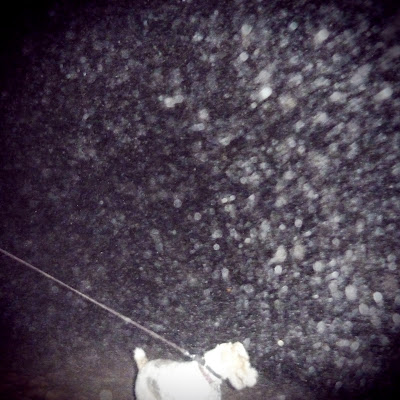 Restaurant Meal of the Week: Blue Moon, Rehoboth, where we celebrated somebody's 39 + 1 birthday: 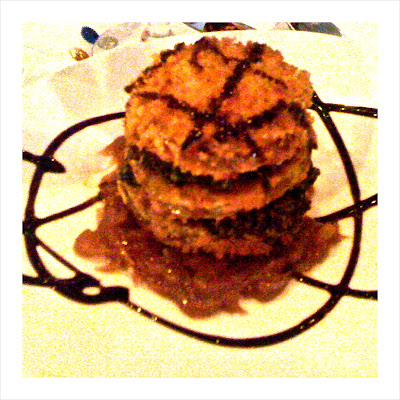 The Moms ate at Blue Moon aeons ago, back when their idea of Beach Week was a couple of nights at a just-a-notch-above-seedy dyke-owned B&B in Rehoboth. They were delighted to revisit the blue-and-yellow Victorian just a couple of blocks off the beach and discover that the kitchen is still putting out the tastiest and most creative food on the shore (that's a superb fried green tomato appetizer in the photo above) and the bar is still a mecca for pretty boys on the make. The main difference between then and now? The cruising gets a tech-assist from Grindr. Oh, yeah, and the pretty boys aren't, you know, dying.

Yes, there are photos of our happy queer family frolicking on the beach in bright sunshine, but we won't be posting them here. We figure we've shown you enough skin. this summer, darlings. School's about to start, so we need to start figuring out ways to boost our academic cred. That's right. Y'all can look forward to a series of posts so weighty and profound you'll think you've stumbled into Tim Burke's corner of the blogosphere. Soon, kids, I swear to dog. In the meantime, we'll play you off with something light and fun and beachy while we're still shaking the sand out of our shoes and you are still wishing this crazy-a$$ed summer would never end. Peace out, surfer dudes and dudettes. May you catch the wave of your dreams and ride it, like, forever.

(Photo Credits: Moose, except for that artsy-fartsy shot of Ruby on the beach, which Geoffrey, the Official Prep-School Teacher and Forty-Year Old of Roxie's World, took.)
Posted by Roxie Smith Lindemann at 10:05 AM