The moms are off on an extremely short educational trip to Harpers Ferry, West Virginia, which they've been threatening to visit for, oh, twenty years or so on account of its monumental significance in American history. They had beautiful weather this afternoon and enjoyed a long ramble through town and the National Historical Park. Moose took her camera along, so y'all have to suffer through another little photo essay because the discipline of choosing a single image to speak for a day or a moment is as alien to her as the discipline of passing legislation is to the U.S. Congress. They are staying here, if you ever happen to be in the neighborhood of Harpers Ferry and are fond of river views and Mission furniture. Which of course you should be.

Now, enjoy your eye candy and some itty-bitty historical fun facts, borrowed from such authorities as Wikipedia and the National Park Service. Hey, let's hear it for public history, right, geek squad? Happy spring break from all your friends in Roxie's World!

John Brown's Fort: Built in 1848 as a guard and fire engine house for the federal armory at Harper's Ferry, this building was briefly held by abolitionist John Brown, who led his famous raid on the town in 1859 in an attempt to launch an insurrection against slavery. (More details here.) 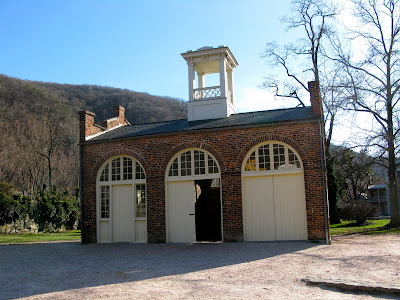 Ruins of St. John's Episcopal Church: Built in 1852, St. John's was one of the five earliest churches in Harpers Ferry. It served as a hospital and barracks during the Civil War and was abandoned in 1895 when a new Episcopal church was built in town. 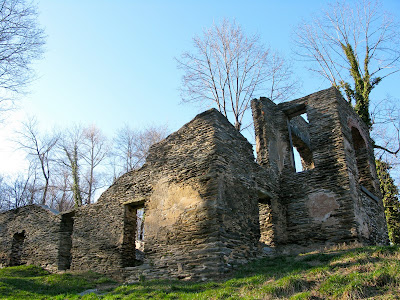 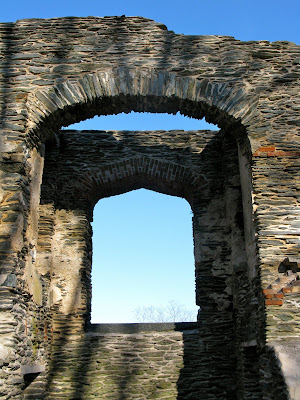 Jefferson Rock: These rocks look down on the Shenandoah River just before it reaches its confluence with the Potomac. Thomas Jefferson stood at this spot on October 25, 1783 and found the view so impressive that he declared two years later, in his Notes on the State of Virginia, that "This scene is worth a voyage across the Atlantic." Not sure about that, but it was definitely worth a quick trip up I270 on a sunny Wednesday afternoon. 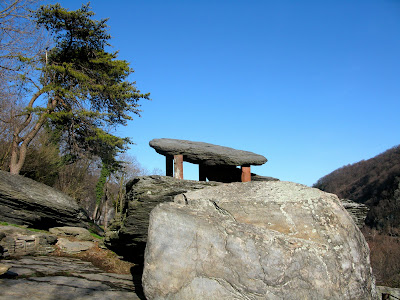 Harper Cemetery: Established by Robert Harper, who got a patent for the land that became Harpers Ferry from the Virginia legislature in 1751. (West Virginia was part of Virginia until 1863.) 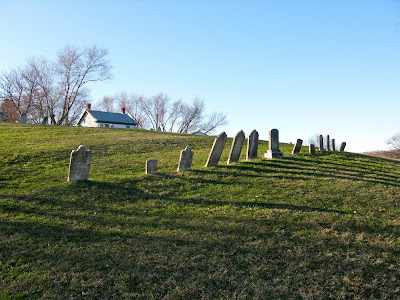