Or, Thinking Woman Plays in the Snow Rather Than Worrying About the Weather

(With apologies to Elizabeth Bishop)

Yes, readers, she bought her. 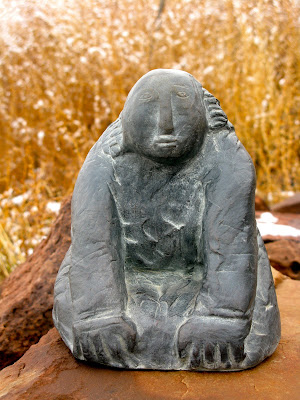 Moose is thinking of the long trip home. She is not worrying about it, because worrying is something she is trying to do less of after six intoxicating weeks in the kingdom of mellow. If she wanted to worry about something right now, she might worry about Secretary of State Hillary Rodham Clinton being in Pakistan when all hell is breaking loose in that part of the world. She might worry about the fact that people seem surprised that Senator Joe Lieberman is being a self-righteous, self-serving gas bag about the "public option," when he has been precisely that on practically every issue of importance since, um, let's see, he decided to play nice in a vice-presidential debate against Darth Cheney back in the fall, 2000 campaign. She might worry about the fact that the left, rather than focusing seriously on any of these serious issues, is getting its knickers in a wad over the president playing basketball with non-lady persons -- while simultaneously launching a no-holds-barred misogynistic attack on former Governor Sarah Palin. (Blog pal Historiann has a good discussion of the latter issue here.) 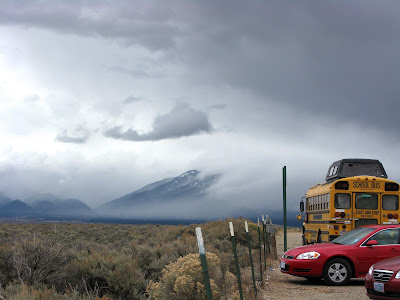 But she is not worrying about those things. Much. Instead, she is savoring her last moments in the kingdom of mellow and happily anticipating a joyous reunion with the denizens of Roxie's World. She is sorting and cleaning and folding and packing and making her way through the last hundred pages of a book that is knocking her socks off. (More on that subject later, I imagine.) She has concluded that, yes, we ought to "dream our dreams / and have them, too," to the extent that it is possible. And wherever we go, we should take snapshots, lots and lots of snapshots, because later, when we are back at home, we can think of here, wherever that may be, and know that some little part of it is right there with us, as sharp and clear as a field of snow or mica glittering like diamonds beneath a desert sun.

Take pictures, darlings, lots and lots of pictures. And pass them on. Peace out. 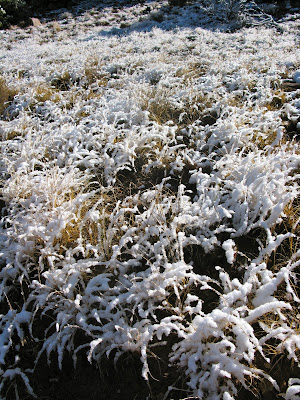 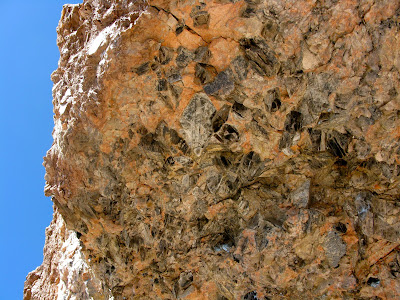 Email ThisBlogThis!Share to TwitterShare to FacebookShare to Pinterest
Labels: eye candy, moose on the loose, politics