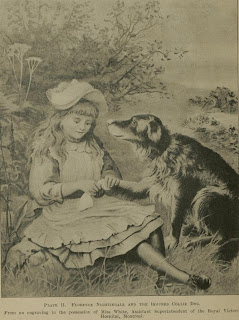 The sensitive kids in the Office of Affect Management felt (not thought) that decency required a day of silence here in Roxie's World after yesterday's somber announcement that America's favorite dog blogger devoted to politics, pop culture, and basketball is dying, but their sensitivities were overridden by reports from Clicks and Eyeballs that y'all are burning up the internets in your feverish desire for updates on my condition. We encourage you to click over or scroll down to that heart-breaking post and add your warm expressions of devotion and concern to the scads of tributes that have already been left in comments, and we sincerely thank those among you who have already done so, here or elsewhere. Still, if it's a choice between good taste and vox populi, you know which way the wind is going to blow in Roxie's World, so I am back at it today to let you know, officially and with considerable if only momentary relief, that

I am not dead yet!
Feel better? Yeah, me, too. I'm doing pretty well, actually -- mostly resting, still taking food by hand, even (warning: skip this part if you are not as fascinated by scatological information as we are) pooping a little this afternoon. Goose, on the other hand, is flat on her back, down with a nasty flu-ish thing that has pushed her temp to 102. Which means, of course, that for the time being the part of Florence Nightingale is being played by Moose, who is doing her very best to remember which one of us gets the TheraFlu and which one of us needs to have her back legs propped up when going to the bathroom. Highlight of the day? It's happening right now, peeps. I am on the couch beside Goose and just gave her face a thorough licking as Moose sits typing in her chair. And so it goes in Roxie's World.

Meanwhile, outside our charmed circle of love and infirmity, the larger world spins on its axis, and though I don't have the time or energy for a proper post right now, I can't help noting that the nation's self-proclaimed Fierce Advocate for LGBT rights is starting to take some serious heat for having discovered the Fierce Urgency of Procrastination, Evasion, and Obfuscation when it comes to the most burning civil rights issue of our time. Since the California Supreme Court upheld the voter-approved initiative banning same-sex marriage on Tuesday, President Obama has gone into the state to raise a truckload of money -- $4 million -- for the Democratic National Committee and seemed to make light of protesters who had gathered outside the Beverly Hilton to express their disappointment with administration's record so far on gay rights. Here's how the NYT Caucus Blog reported the incident:

A gaggle of sign-waving protesters milled around outside The Beverly Hilton, the sprawling hotel on Wilshire Boulevard. They must have caught the president’s eye when he arrived at the hotel from an earlier stop in Las Vegas because he relayed one of their messages to the crowd.

“One of them said, 'Obama keep your promise,’ ” the president said. “I thought that’s fair. I don’t know which promise he was talking about.”

The people in the audience – who paid $30,400 per couple to attend – laughed as they ate a dinner of roasted tenderloin, grilled organic chicken and sun choke rosemary mashed potatoes.

Petulant over at Shakesville has an angry retort to the president's callow joke that is aptly titled "Fierce Advocate, My Gay Ass." Towleroad jogs the president's memory by helpfully reminding him, "Which promise? How about starting with the repeal of DOMA, the repeal of 'Don't Ask, Don't Tell', a federal hate crimes law, and above all, the promise to be a 'fierce advocate' for all the LGBT people who voted him into office?" Los Angeles Gay & Lesbian Center CEO Lorri L. Jean has "An Open Letter to Barack Obama" up on The Advocate Web site that calls on the president to offer deeds that match the strong words he offered in support of LGBT rights as a candidate. "We not only need to hear from our President," Jean writes, "we need his action. And we need it now." Pam's House Blend is doing its usual righteous and thorough job of documenting the disappointments Obama has offered so far in this particular arena. For a couple of recent examples, click here and here.

Enough with the indignation, kids. Let's close out with a song that reminds us that, no matter how hard life gets, the right wing will always supply us with ample fodder for the wit machine. Today's lesson in Hysterically Funny Bad Analogies is brought to us by a FB pal. Go curl up next to your rubber duckie, and sing along. Thanks again for all the love. Hang in there with us. You ain't seen nothin' yet!