By THE ASSOCIATED PRESS

NEW YORK (AP) -- New York Times columnist Maureen Dowd has admitted to using a paragraph virtually word-for-word from a prominent liberal blogger without attribution. Dowd acknowledged the error in an e-mail to The Huffington Post on Sunday, the Web site reported. The Times corrected her column online to give proper credit for the material to Talking Points Memo editor Josh Marshall. The newspaper is expected to issue a formal correction Monday.

The error appeared in Dowd's Sunday column, in which she criticized the Bush administration's use of interrogation methods in the run-up to the Iraq war. In the original column, Dowd wrote: ''More and more the timeline is raising the question of why, if the torture was to prevent terrorist attacks, it seemed to happen mainly during the period when the Bush crowd was looking for what was essentially political information to justify the invasion of Iraq.'' Marshall last week wrote virtually the same sentence. But where Dowd's column used the phrase ''the Bush crowd was,'' Marshall used ''we were.'' Dowd, who won a Pulitzer Prize for commentary in 1990, told The Huffington Post that the mistake was unintentional. She claims she never read Marshall's post last week and had heard the line from a friend who did not mention reading it in Marshall's blog.

A spokeswoman for the Times late Sunday referred requests for comment from The Associated Press to remarks Dowd made to The Huffington Post. In the updated version on the Times' site, Dowd's column had this note: ''An earlier version of this column failed to attribute a paragraph about the timeline for prisoner abuse to Josh Marshall's blog at Talking Points Memo.''

Note to Newspaper Industry from Blogosphere: Riddle me this: Who's the parasite and who's the host? And what's that you were saying about print journalism saving the republic from an army of pajama-clad, laptop-wielding nincompoops?

Note to NYT Op-Ed Page: My typist has some time off coming up. I'd be happy to rent her out to you a couple of mornings a week. Really. Impeccable research skills. Decades spent learning the difference between her words and other people's. Extremely limited capacity for projecting her twisted fantasies onto other people. Or dogs. Really. Read this blog. You'll see.

Note to MoDo: You might think about taking off for the Hamptons early this year. And never coming back. Have a sandwich. Or three. Have a drink. Before breakfast. And if you are going to let casual chats with friends substitute for reporting and research (you know, that stuff some of your more old-school colleagues refer to as work), then you might at least consider taking the occasional note and maybe asking a question every now and again -- Nothing rude or challenging, mind you, but perhaps something along the lines of, "Fascinating -- Where did you happen to read that/see that/hear that?" It might save you some trouble and your employer some embarrassment in the long run. Just sayin'. 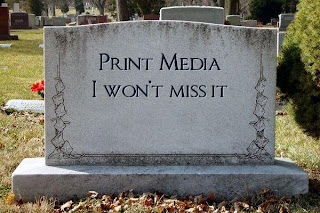