Barking Up the Wrong Tree Edition

Y’all know how we dote on our readers here in Roxie’s World. We view each of you as a member of our extended pack, and we love you – love you -- all. 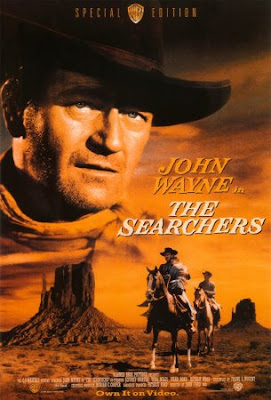 Recently, though, we have to admit, a few of you are creeping us out a little. Permit me to explain.

The geeks down in Clicks and Eyeballs report that we’ve suddenly had a number of visitors land in this happy space through internet searches on the phrase, “Go, Taliban, go.” Indeed, in the past couple of weeks, that phrase has brought more readers here than any other search term, including “Roxie’s World” and, surprisingly, “what is the rank of salary for being a pet psychic.” (Hey, times are hard. People are exploring all kinds of career options, and Roxie’s World is here to help!) Loyal readers who share (or merely endure) our passion for college basketball realize that here in Roxie’s World the phrase, “Go, Taliban, go,” has a particular meaning that arises from our antipathy toward the Blue Devils of Duke University. House Rule #1, as we have explained before, is:

We hate Duke so much that if Duke were playing the Taliban, we would root for the Taliban. Therefore, any team that plays Duke is known as the Taliban, and we all sit on the couch screaming, “Go, Taliban, go!”

Now, of course, we cast no judgments on our readers, and we know from our own wacky search habits that one ought to be cautious in the extreme about inferring anything about the motivation or intention behind any search string. Perhaps in the deep dullness of the off-season, the vast legions of Duke-hating basketball fans are trolling the internets searching for kindred spirits. Perhaps we are not alone in expressing our loathing for the dark lords of Durham in a uniquely post-9/11 combination of snark and apocalypticism. And perhaps Pakistan, where, it seems, at least a few of the searches on “Go, Taliban, go” have originated (though location information can be maddeningly imprecise with the kind of cheap [i.e., free] stat-tracking software used in our bare-bones Department of Clicks and Eyeballs), is a bastion of Duke hatred.

And perhaps by now you appreciate our concern. With the situation in Pakistan deteriorating by the second largely because of recent gains by Taliban forces inside the country, we feel compelled to say, loudly, clearly, and very slowly:

We are kidding about rooting for the Taliban. Big time, as a former vice president/war lord might have put it. Especially when it comes to nuclear-powered Pakistan.

Really, folks. We hated the Taliban before everybody hated the Taliban. We hated the Taliban back in the 90s when all they were doing was knocking down statues and, you know, stoning a few women. We have our issues with the foreign policy of the United States, even under the new administration, but the idea of a Taliban-controlled Pakistan scares us more than almost anything we can imagine -- a thousand furlough days, a lifetime sentence as Learning Outcomes Assessment czar of QTU, a demon possessing our big TV set and forcing it to broadcast nothing but Duke basketball 24/7. Anything. Seriously.

Got that, searchers? We are not rooting for the Taliban. We are a 100% pro-American secular queer feminist dog blog so madly in love with our country that we believe it is our solemn duty to tell our new president we think he is being a weenie on gay rights and a few other things we'd be blogging about if we felt competent to say anything about the economy and health care and Joe Biden's big mouth. And we intend to go right on doing that, at least until basketball season cranks up again and gives us something else to rant about. But move along if you're looking for true Taliban love here, kids, 'cause ya ain't gonna find it. Not none. Not any. Not no how. Dog bless America. Amen. A-women, too. And everything in between.

This public service announcement brought to you by the Division of Loyalty Oaths and the Office of Humor Contextualization, RW Enterprises, LLC.
Posted by Roxie Smith Lindemann at 1:11 AM

Email ThisBlogThis!Share to TwitterShare to FacebookShare to Pinterest
Labels: "the Taliban", blogging, politics