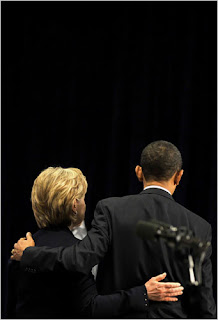 (Senator Hillary Clinton and President-Elect Barack Obama leave the stage at a press conference in Chicago at which he announced she is his choice to be secretary of state. Photo Credit: Jim Watson/Agence France-Presse — Getty Images, via New York Times, 12/1/08) 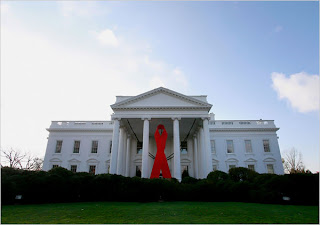 Transcript of the press conference announcing Obama's national security team, in which he declared "a new dawn of American leadership," is here. Chris Cillizza's short but smart take on why Obama would have offered Clinton the job and she would have accepted it is here.

Roxie's World officially celebrates President-Elect Obama's choice and hereby orders all Clinton haters on the left to shut the hell up. Time for a new meme, people. Bitch is going global. Paws up to that!
Posted by Roxie Smith Lindemann at 8:05 PM