Sykes to Watch Out For

Truth be told, we're feeling a little overwhelmed by our blogger's duty to compile gargantuan Best of/Worst of lists for 2008. Looking back, it seems we didn't pay attention to anything this year but the election. (Devoted readers may well agree with that assessment, but I guess you wouldn't be devoted readers if that bothered you, huh?) We only saw a handful of movies, and the moms saw fewer live performances than they usually do. (Even if they'd spent every night of the year rockin' out in some bar or concert hall, I'm betting they'd still rate the Robert Plant and Alison Krauss Raising Sand show they saw in June as the no doubt about it best live performance of the year. It was a stunning show -- sublime performances of the bluesy, soulful, rootsy songs that producer T Bone Burnett compiled for their collaboration, with a few amazing re-workings of selections from the singers' separate careers.)

Anyway, while we procrastinate on our solemn obligation to tell you what to think about everything that matters in the world, we are prepared to announce Roxie's World's Queer of the Year for 2008 (Grrl Division). (Stay tuned, pretty boys, for an announcement of the winner in the Non-Grrl Division. You may leave nominations in comments. No, Candy Man, you may not nominate anyone you are dating.) Our selection may disappoint some members of the Tough and Smart Grrls Caucus, who might have expected Rachel Maddow, aka Butch PhD, to win in this category in recognition of her breakthrough this year to something close to media superstardom, as she got her very own show in September on MSNBC. I know, I know, wimmin, it's disappointing, but before you get your boxer shorts in a wad, let me assure you that Rachel's accomplishment will be honored elsewhere on the hypothetical Best of list that our largely imaginary team of culture vultures and close readers is compiling somewhere deep in the bowels of RW Enterprises, LLC. We will celebrate Rachel, even though, to be honest, we think she's gone a little overboard with the make-up, the plunging necklines, and the reflexive defense of all things Obama. Cut back on the Kool-Aid, Rache, and wear a shirt with a collar every once in awhile. Trust me, large swaths of your audience will love you for it.

Nope, kids, the Queer of the Year for 2008 (Grrls Division) is comedian Wanda Sykes, who is no slouch when it comes to toughness and smartness either, of course. 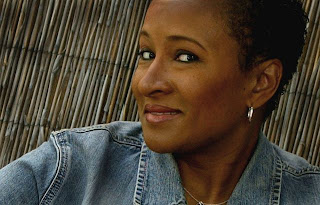 We honor Sykes for years of edgy, brilliant, hilarious truth-telling but also for her decision to come out in November as a fierce, proud, married dyke in the wake of the passage of California's Prop 8. We might have wished Sykes had made the announcement before the election rather than after, but late is better than never and there's still (obviously) plenty of work to be done. If the defeat on Prop 8 is to become the catalyst for an angrier, more righteously determined movement for LGBT civil rights -- Stonewall 2.0, as it's been called -- it will be in part because people like Sykes realized they had to step into the fray. They couldn't go on being privately gay and publicly silent, not using the bully pulpit offered by their celebrity while citizen-fans voted their rights away.

In the week after the election, Sykes gave a stirring speech at an anti-Prop 8 rally in Las Vegas. (Go watch the vid if you haven't seen it already.) She followed up with a rather extraordinary conversation with Jay Leno this week on The Tonight Show. The clip is long, in part because it contains commercials, but we wanted you to be able to see the whole thing. Her appearance begins with a comic moment of non-appearance, as Leno waits for Sykes to come out on stage. When finally she emerges from behind the curtain, she explains that she was doing her part to honor Day Without a Gay, which had asked people to phone in gay on December 10 and devote themselves to work for LGBT rights instead. The bit was funny, and the ensuing conversation with Leno is masterful in its blend of humor, indignation, and confident visibility as political pedagogy. If the aftermath of Prop 8 is to be a teachable moment, Sykes is a strong candidate for teacher of the year as well.

Wanda, baby, sister/friend, you made all the girls (and probably a few of the boys) in Roxie's World wish they had detachable, um, privates a long time ago, but we'll never detach ourselves from our admiration for your moxie and your devastating wit. With all paws high in the air, we proudly declare you our Queer of the Year for 2008.

Now, children, honor your new queen by watching the Leno vid. Wanda would want you to: