In Praise of Gus Van Sant 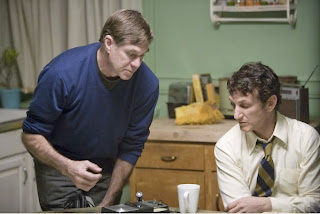 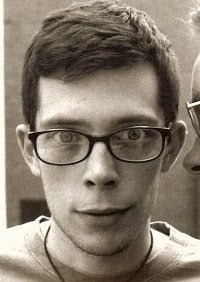 Greetings, citizens of Roxie’s World. This is qta, and I am here, at special invitation from Roxie herself, to bring you the Queer of the Year for 2008 (Non-Grrl Division). The Candy Man will no doubt be disappointed that we did not choose out Australian Olympic diving gold medalist, Matthew Mitcham for this year’s honor. It was close, and we are certainly proud of Matthew for his triumph, his skill, his dexterity, his bravery, his physique, his tears of victory, and for having his mom and his boyfriend by his side as he gave interviews. But young Matthew will have to settle for silver in this category, because director Gus Van Sant is the Queer of the Year (Non-Grrl Division).

Gus Van Sant’s quest to bring the story of Harvey Milk to the big screen began in 1992, right after his breakthrough film, My Own Private Idaho (1991). It took him 16 years to bring the project to fruition. But those 16 years of waiting paid off enormously well in 2008. Van Sant is no novice when it comes to queer film. In addition to the above mentioned My Own Private Idaho, he also directed Mala Noche (1985), Even Cowgirls Get the Blues (1993), and Elephant (2003). But Milk (2008) may just be his greatest work.

But Van Sant is not content to limit Harvey Milk to the status of martyr. His Milk is just a man -- but a charismatic and passionate man -- who by the age of 40 hadn’t even begun to make his mark. His Milk is a savvy and powerful politician who knew how to make the system work and had the strategic genius to make it work for his agenda. Gus Van Sant’s Harvey Milk shows us everything that is wrong about our current LGBT political movement and its players. This film is meant not only to celebrate the life of one of our greatest leaders, but also to wake us up out of our complacency. One need only look at the enormous setbacks the queer community suffered in this year's elections to see that the current LGBT political establishment is not working. By bringing Milk to the masses this year (perhaps when we needed it the most), Van Sant reminds us of how it can be done . . . and for that, Gus Van Sant is Roxie’s World’s Queer of the Year for 2008 (Non-Grrl Division).

(Comedian Wanda Sykes is Queer of the Year for 2008 [Grrl Division].)

PS from Moose: Many thanks to qta for this post and so much more. You are the Queer of the Year (Grad Student Division) for this and every year. Love and happiness to you and yours from all of us in Roxie's World.
Posted by Roxie Smith Lindemann at 12:44 PM