A Visual Representation of Reaction in Many Parts of the "Progressive" Community to the Announcement that the Rev. Rick Warren, Who Has Compared Same-Sex Marriage to Incest, Pedophilia, and Polygamy, Has Been Selected to Deliver the Invocation at the Presidential Inauguration of Barack Obama: 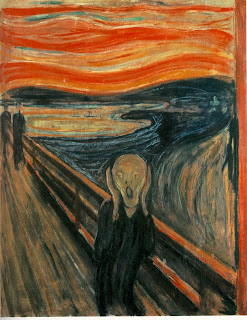 A Visual Representation of Reaction to That News in Roxie's World: 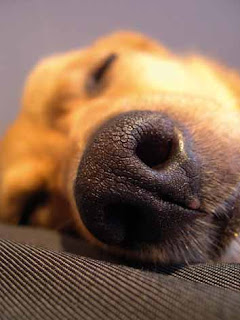 Pam's House Blend and Shakesville have had analysis and reaction on this issue all day. Pam nicely characterizes Obama's reaction to criticism of the selection as "sucktastically ineffective." Melissa McEwan has a withering critique of the suggestion that both sides of the abortion issue or the same-sex marriage issue are equivalent when in fact they are not.

If you feel the need for a deep, cleansing puke, go read HRC president Joe Solomonese's op-ed in Wa Po, which makes us ill not because of anything he says but because we still haven't forgiven him for those triumphant e-mails the morning after election day, which took credit for Obama's victory without acknowledging the stunning disappointments on all of the ballot issues of importance to the LGBT community in the election.

Anyway, kids, we are so totally unsurprised by this news that we can't muster up any significant outrage or indignation. All we can think to say to anyone who expected Obama to be a strong advocate on LGBT issues is, Told you so, suckers.

Update: Butch PhD takes on the Warren debacle, in thunder. The piece includes a solid interview with San Francisco Mayor Gavin Newsom. We think Rache is trying to position herself for next year's Queer of the Year (Grrl Division) in Roxie's World. Work it, girl:

Visit msnbc.com for Breaking News, World News, and News about the Economy