Strat Memo for the Obama Campaign 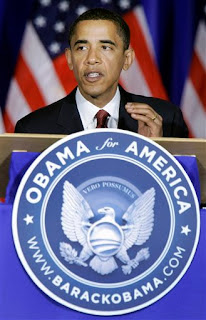 To: Obama for President
From: Call Us Next Time, Old Bitches for Hillary, and Roxie’s World

Re: Wooing Disaffected Clintonistas (Or, How To Turn an Old Bitch into an Obama Girl – Or Not)

Congratulations on nailing down the superdelegates you needed to secure the nomination, despite the ambiguity of the popular-vote outcome in the Democratic primary race. We are proud to belong to the party that put an African American at the top of a major-party ticket for president for the first time in U.S. history. That is nothing to sneeze at, even if we did support the Gritty Girl Who Got the Most Votes -- and, yes, we know that’s merely a technicality and it’s time to move on and blah de blah de blah.

Fine, let’s move on. Let’s start thinking about November. Not that you asked for our input or anything, but America’s favorite dog blog devoted to politics, pop culture, and basketball has given some thought to how you, the presumptive Democratic nominee, might get a few more unity ponies into the corral in order to increase your chances of defeating the war hero with roughly a thousand years of seniority over you in the Senate. We realize that polls are looking reasonably good for you at this point but Al Gore and John Kerry were both leading at this point, too, and we remain concerned about the rumblings of discontent we’re hearing in the pro-Hillary blogosphere. Besides which, we are not at all certain at this point that we ourselves will be able to pull the lever for you come election day, as we recently declared. We care deeply enough about the challenge before you that my typist is putting this post together 39,000 feet above the surface of our damaged yet still beautiful earth, as she and Goose make their way toward Finland. We interrupt their working vacation to give you some unsolicited advice on how you might earn or forfeit our support in the general election. File this under FWIW, Senator Obama, and we will see which way the pack runs in November.

Quickest way to guarantee our support: Put Hillary Clinton on the ticket. Do that, sir, and we’ll have an Obama-Clinton widget up on our sidebar so fast it’ll make your halo spin. We will set aside all our reservations and do everything within our power to assure that both you and Senator Clinton get to place your hands on the Bible come January 20, 2009. Don’t blink, or you’ll miss our Old Bitches for Obama-Clinton tee shirts as you stroll by in the inaugural parade. We’ll even give you a new blog name. Perhaps, instead of “the Lesser,” you might become known in these precincts as, um, “Good Enough.”

Quickest way to lose our support: Put Sam Nunn on the ticket. People keep talking about it, and it is driving us insane. Some of us are old enough to remember that the 20th-century Georgia senator crippled Bill Clinton’s presidency before the Big Guy had even had a chance to size up the first class of interns over the issue of allowing gays to serve openly in the military. Nunn may have indicated recently that he thinks the policy should be “revisited,” but some of us will never forgive the architect of “Don’t Ask, Don’t Tell.” Put him on the ticket, and queers with long memories and deep pockets will know you don’t want their votes. Roxie’s World will urge its legions of loyal fans to write in Hillary Clinton. Your new blog name if you make this suicidal move? “Low-bama.”

What else/more you might do to persuade us: Stop pretending you are the most progressive candidate who has ever run when the record shows you are a centrist who on many important issues is actually more conservative than the woman you defeated for the nomination. Stop encouraging voters to believe that transcendence is possible or even desirable in the realm of politics. Politics is hard work because it is precisely not about transcending differences. It is about reckoning with them – through negotiation, through compromise, through deal-making. That doesn’t sully the process. In a very real sense, that is the process. Oh, and stop with the scary/spooky talk about the Supreme Court. Dems have been using that line for decades. If it won elections, there would be compact-fluorescent bulbs throughout the White House and Al Gore would be publicly planning his post-presidency while Tipper geared up for a senate run. Besides, most of us who care passionately about reproductive rights are savvy enough to know that Roe v. Wade has been functionally eviscerated. It will take more than one or two appointments to undo the damage wrought since Reagan began pushing the court to the right in the 80s.

Signs that lead us to think you are still really not getting it (or that you are arrogant enough to believe you really don’t need us and other Democratic base voters to win): Wow, Mr. New Kind of Politics, where do we begin? The closed-door meeting with 40 evangelical ministers whose names you never publicly released? The meeting with the Congressional Black Caucus where your response to women was that they needed to “get over” the primary race because McCain would be worse? The shift in your position on NAFTA and the quip about “overheated” campaign rhetoric? The reversal on public financing of your campaign? You’ve been a busy, busy boy since claiming the nomination, and most of the business has been about tacking to the center quicker than you could say “Clintonian triangulation.” Some of this may just be smart politics (though “progressive” critics of the Clintons have always been less charitable in their descriptions of similar moves), but we don’t see much in these adjustments that make our hearts go pitter-pat for you. Will swing voters who might otherwise go to McCain feel differently? Perhaps, but you might consider making some moves aimed at impressing the 18 million Democrats who voted for your major rival in the primary race. Which leads us to our next point.

Bold moves you could make to get our attention: You might try a little humility for a start. Some of us just don’t think you’ve earned the righteousness you convey in your speechifying and in the casual flicking of dirt off your shoulders. Even some of your sycophants in the press corps have started to make noises about a certain arrogance. Prove that you’re a true progressive: Admit that the health-care plan you advocated during the primary isn’t truly universal and that anything short of that is insufficient. Cut your ties to coal and ethanol. Have the guts to say that anything less than full federal marriage rights for same-sex couples is a form of segregation. Oh, yeah, and fire whoever it was who came up with the idea of that dopey campaign seal that goofily mimics the presidential seal. Some folks are already calling you “Faux-bama,” sweetie. Don’t give them any more ammunition, ‘kay? Last but not least, do a little reading this summer. Start with Rebecca Traister’s “incomplete taxonomy of post-primary rage” among Clinton voters. It’s pretty thorough and not dripping with the kind of contempt toward you that you’d encounter if you browsed the archives of The Confluence. You might want to try that sometime, though. If you could harness the energy of that hatred, Precious, you could rule the whole damn galaxy.

That’s it for now, Senator. We’re available for consultation with your campaign any time, though a couple of important members of the pack may be difficult to reach over the next couple of weeks. I am pleased to report that Moose and Goose arrived safe, sound, and sleepy to a drizzly Helsinki early this morning Eastern time. Stay tuned for travel pics and commentary from Finland, Sweden, and Norway – including one special excursion inside the Arctic Circle! – as the globetrotting moms go off on another one of their most excellent adventures. Who knows? Maybe they can nail down a gig for Hillary Clinton as ruler of some enlightened Scandinavian country. The far northern nations have a history of women leaders, after all, and we think Hill would fit right in with a bunch of ball-busting Viking tough girls. We’ll let ya know! Skoal, beloveds.
Posted by Roxie Smith Lindemann at 4:27 PM