Newsflash: Colorado jury finds Allen Andrade guilty of murder and hate crime in the July 2008 killing of trans woman Angie Zapata. Andrade was sentenced to life without the possibility of parole. It was the first case in the country in which a hate-crime statute had been used to prosecute the killing of a transgender person. Here is the report by the Denver ABC news affiliate. Here is the report in the Denver Post. Here is where you can learn more about Angie Zapata and what her loss means to the people who knew and loved her. Here is a CNN report, with links to videos of Andrade hearing the verdicts and the judge rendering the sentence. 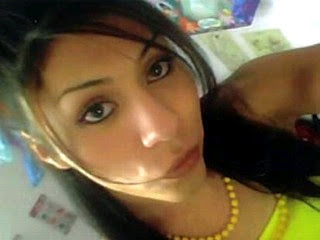 And here, according to Denver channel 7, is what prosecutor Robb Miller had to say in his closing arguments about Andrade, who, in his jail cell, was taped referring to Zapata as an "it" and saying that it wasn't as if he had killed "a straight, law-abiding citizen":

His own statements in the jail call betray the way he values Angie's life, the way he thought of her as less than, less than us because of who she was. And he's counting on society and the jury to do the same in this case . . . . Everyone deserves equal protection under the law and no one deserves to die like this.

Exactly so. Congratulations to the prosecution and to the good citizens of Greeley, CO (who must all be reading and learning sex/gender politics from their neighbor Historiann) for recognizing that (alleged) trans panic is not a defense. Well done!

Note to US Congress and Obama administration: Pass and sign a trans-inclusive federal hate crime law now. Such laws may not be perfect (the free-speech issues actually do make us a little queasy), but the law now before Congress is careful to focus on the conduct (i.e., intentionally selecting a victim on the basis of his or her perceived race, color, national origin, religion, gender, sexual orientation, gender identity, or disability) of the defendant rather than on the beliefs of the defendant. The line may be fine, but it can be found and the message is well worth sending. What are you waiting for?
Posted by Roxie Smith Lindemann at 8:53 PM