Can't We Just Call Them "Greecians"? 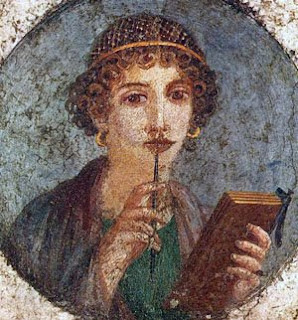 Greece: Suit to Prohibit Use of 'Lesbian' Dismissed

A Greek court has dismissed a request by residents of the island of Lesbos to prohibit the use of the word lesbian to describe gay women, a ruling released Tuesday said. Three residents of Lesbos, the birthplace of the ancient Greek poet Sappho, whose love poems inspired the term lesbian, filed suit last month, contending that their identity was insulted by the use of the word in reference to gay women. The court said that the word did not define the identity of Lesbos residents, and so could be used legitimately by gay groups in Greece and abroad.

Whoo-eeeee! That's a relief. For a minute, I thought the moms were going to have to cancel the fantasy trip to Greece they are planning to celebrate someone's fiftieth birthday next year. They wouldn't go, of course, if the court had agreed it was okay and, um, even remotely feasible to enjoin the world from referring to same-sex loving chicks as "lesbians." It might have been fun to watch Greece try to enforce such a ban, but, still, we're glad the court realized there's more good will and tourist dollars to be gained by acknowledging the mind-bending reality that a word may have more than one meaning!

Truth be told, we are not huge fans of the word "lesbian" here in Roxie's World, on account of its origins (as a term for female same-sexers) in late 19th-century legal and medical discourses of criminality and perversion. The moms tend to prefer "gay," "dyke," or "queer" as ways of describing themselves and their sister Sapphists (another excellent term!), depending on their mood and on what linguists might term the context of the utterance. (That sounds filthy, too, doesn't it?) Nonetheless, they'll admit that sometimes only the term "lesbian" will do, because, for example, it might be awkward to go into court to defend the rights of a "dyke" mom in a custody battle. Moose also suspects that a proposal for a "Sapphic Studies Program" probably wouldn't have gone over as well with the academic powers-that-be as the proposal for a program in Lesbian, Gay, Bisexual, and Transgender Studies did several years ago when she and a bunch of colleagues were working to establish a new program at Queer the Turtle U. (Charming as it sounds, of course, "Sapphic Studies" would have been ruled out for being insufficiently inclusive of the range of sexual identities and practices contained within the broad, kinky universe of sex- and gender-nonconformity.)

Anyway, I guess we can muster up some sympathy for the un-queer residents of Lesbos who feel awkward introducing themselves as "lesbians" in certain situations. We would suggest it might be easier for them to claim the term "Lesbosians" for themselves than to try to re-claim the word "lesbian" from more than a century of usage as a marker of sexual identity, though we have to admit that "Lesbosian" has a certain "creature from another planet" ring to it. But speaking of other planets, perhaps the citizens of Lesbos could steal a page from South Park (and demonstrate that they live in this century rather than the early 19th century) and decide to call themselves "Marklars." That way, they would constantly remind themselves and the world of the immortal linguistic lesson taught by the great (probable) Sapphist Emily Dickinson:

A word is dead
When it is said,
Some say.

I say it just
Begins to live
That day.

Marklar out, Marklars. Have a glorious marklar. ;-)
Posted by Roxie Smith Lindemann at 8:25 AM