Want a proper End of Year List? Go elsewhere, darlings. A humble dog blog cannot be expected to wrap its paws around a year as epic in scale as 2011 turned out to be. Our focus this year has been largely personal and our productivity has been significantly lower than in years past. (This is just our 89th post of the year, making 2011 our lightest year of blogging since RW's barbaric yawp was first heard in 2006. We would apologize for slacking, but, hey, you get this stuff for free, so, you know, deal with it. We love you, but we gotta pay the bills somehow.)

Anyhoo, here, in no particular order, is an unabashedly partial and idiosyncratic list of some of what mattered to us this year. We invite you to share your highlights and lowlights in comments as a way of preparing for the transition into 2012. Retrospection is good for the soul, especially as we move into the unpredictability and intensity of a Year of the Dragon.

Number of the Year: 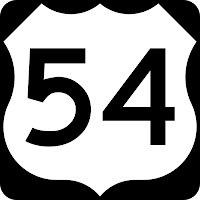 -- That's the number of pounds Moose lost on the Lifestyle Adjustment Program she began in January. Which just goes to show you that sometimes New Year's resolutions work. Also: You can teach old dogs new tricks. Oh: And self-improvement arises not from self-loathing but from compassion. Just saying. Finally: It's possible to eat well and lose weight. Go here and here  for recipes and inspiration.

Happiest Day of the Year: March 6 -- That's the day Ms. Ruby arrived in Roxie's World to assume the role of Embodied Dog. It was a cold, dark, rainy day that became sunny and bright the moment the good people of American Fox Terrier Rescue brought the sweetest critter on dog's earth across the threshold.

Photo of the Year: Pepper-Spraying Cop -- The image that launched one of the best memes ever and, more importantly, briefly focused attention not only on funding crisis in higher education but on the overly zealous policing of nonviolent student protest on campuses throughout the country. One of our major hopes for 2012 is that "Occupy Education" becomes a sustained and viable challenge to the way of doing business in higher ed.

Best Art We Saw: The Steins Collect, at the San Francisco Museum of Modern Art. Thrilling.

Best TV We Saw: The Good Wife, but that may only be because we missed Homeland. We started watching it on the penultimate day of 2011 and are impressed. Good lord, Claire Danes can act! 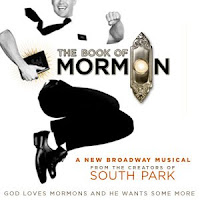 Most Hyper-Inflated Ticket Price We Didn't Mind Paying: For The Book of Mormon on Broadway in September. Oh, sweet-voiced boys in short-sleeved shirts, you truly had us at "Hello!"

Most Culinary Fun We Had in the DC Area This Year: The several times we dined at José Andrés' delightful pop-up restaurant, America Eats. We blogged about this rollicking good tour through the culinary history of the United States after Moose first visited it in July. It has held up well through several repeat visits. Go. Now. Before it disappears!

Losses That Stung/Struck Us: Death, as usual, had a banner year in 2011. Of the biggies, the death of Apple CEO Steve Jobs in October particularly struck us, but we were more personally touched by the deaths of Texas music impresario Joe Gracey, poet Ruth Stone, and retired teacher Ida Pinkney, our next-door neighbor for 17 years who literally died laughing on the day before Thanksgiving. Ida was talking on the phone with a dear friend and suffered a massive heart attack. The Moms were terribly sad to lose someone who taught them so much of what it meant to be a good neighbor -- the exchange of pleasantries across the driveways, the check-in phone calls during snowstorms and other local dramas -- but they also kind of love the idea that a woman with Ida's gift for friendship and immense joie de vivre left the world laughing. Some endings, though sad, are fitting. Dogspeed, Ida.

Best Posts We Managed to Get Up in This Not Especially Bloggy Year: We'll choose two, one in the category of Meditations on Social Media and the other in the category of Inter-Species Romance. For the first, we'll award our post-MLA post, "The Great Untweeted," which set records in Roxie's World for volume of traffic and number of comments. We're proud of that one and thinks its reflections on what does and does not get tweeted at academic conferences hold up pretty well. For the second category, we are willing to pat ourselves on the back for "The Day I Became a Dog," the September post in which readers heard Ms. Ruby's voice for the first time. We agonized over that one for ages and were pleased that readers seemed to enjoy it so much when we finally pressed publish.

Thanks to all of you for hanging out with us for another wacky year in the blogosphere. We promise to try to be a little more prolific in 2012, as the presidential campaign heats up and the Republican ship of fools sails on. In the meantime, we wish you all a safe and happy new year. Peace out, my pretties, and may none of your dear acquaintances ever be forgot.
Posted by Roxie Smith Lindemann at 4:37 PM