Or, Songs in the Key of Ruby, Part Deux: Dream on Me Edition 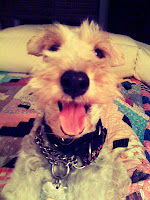 Today, we offer the second installment in the series with a smackdown between the glorious Ray Charles and the (to us) obscure Uncle Walt's Band on the mellifluous "Ruby," the theme from a 1952 film, Ruby Gentry, starring Charlton Heston and Jennifer Jones. The song was composed by Heinz Roemheld, with lyrics by Mitchell Parish. It's a dreamy, haunting sort of song that makes you want to take a pretty woman by the hand and lead her out onto the dance floor for some suave cheek-to-cheek action while a tuxedo-clad waiter brings a couple of fresh dry martinis to your little round table. That is definitely the vibe conjured by Charles' smooth-as-silk version:

Uncle Walt's Band plays it a little more down-homey, but their take on the song is also easy on the ears. It'll make you want to take a pretty woman by the hand and lead her out onto the dance floor while some dude in a tee-shirt brings a couple of longnecks and some fresh peanuts to your table:

Which do you prefer, music lovers? And what are your all-time favorite songs or other pop-cultural tributes to critters named Ruby? It's the first day of summer school, and the new kid in Roxie's World has a lot to learn. Help us teach the young dog some new tricks about herself!

(Many thanks to the devoted but previously unknown reader who de-lurked to send us the Uncle Walt's Band version of "Ruby." We appreciate your dedication and your musical taste. And the Texans among us are delighted to discover a hippy band that recorded a live album at Austin's fabulous Waterloo Ice House. Thanks for reading -- and writing!)
Posted by Roxie Smith Lindemann at 12:18 PM