Are you or are you not a broad? The question is addressed to the women and the non-women among you, because, of course, here in Roxie's World biological sex has no necessary or determining relationship to gender presentation. And, no, we do not need to pause to debate why broad is being defined here as a matter of gender presentation, while women was rather too casually lumped in with biology. It's Wednesday, darlings. My typist has things to do (like, you know, purging before her weekly weigh-in) and places to go (the horrible messy prison-house of doom office), and Judith Butler doesn't read this blog, so we needn't trouble ourselves with the subtleties of the sex/gender divide. Grant me a certain leeway, and go back to my original question: Are you or are you not a broad?

Moose and Goose have different positions on this question (as was noted in this post the other day), which is the only reason we bother asking it. To Moose, broad is a term of respect and affection for a take-no-$hit woman who strides boldly through life with purpose and without apology. Broads are strong, resourceful, willing to take the heat. To Goose, broad is a term of derision, a sexist pig-dog of a term designed to discourage women by labeling any evidence of ambition or power unseemly, unwomanly. Well, sure, Moose retorts, when a caveman says it, but when I say it it's a compliment!

Moose felt supported in her Reclaim the Epithet position by a headline in the Sunday Times on a story about one of her very favorite big-shouldered actresses, Kathleen Turner. "Need a Broad? Call Turner," chortled the headline. The story focused on Turner's performance as "a brassy, foul-mouthed, ex-alcoholic nun who works as an addiction counselor, bullying her patients into sobriety" in Matthew Lombardo's play, High. Lombardo wrote the play with Turner in mind and wanted her for the part because, “In a word, I needed a broad, and when you think of a broad, you think of Kathleen Turner.” In the story, the qualities associated with the figure of the broad are all positive. The broad has "vitality" and "resilience," a "commandeering" presence, a compelling voice: "[Turner] talks the way Bankhead and Joan Crawford and so many of the great movie stars used to talk." Turner seems drawn to the character she plays in High precisely because of her broad-like qualities. She tells the Times she likes “women of strength and character — women who don’t wait around for men to do things for them.” For that reason, she has mixed feelings about some of the women characters in the plays of Tennessee Williams, though she played Maggie in Cat on a Hot Tin Roof to acclaim in 1990. “But some of those other Williams characters,” she said, “they don’t take enough care of their own lives. They’re too passive.”

Broad is good, willing to take charge of her life and the world. Not a broad is weak, waiting, passive, deferential. Broad is Thea Kronborg in Cather's The Song of the Lark, triumphant on the stage at the Met after years of training and shrewd professional pursuit. Not a broad is Lily Bart in Wharton's The House of Mirth, dead because she is too good for this mean, dingy world but too weak to change it.

Or that's what Moose thinks anyway. What do you think? Are you a broad? Why or why not? 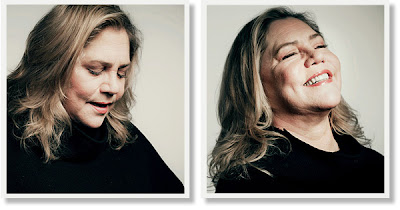