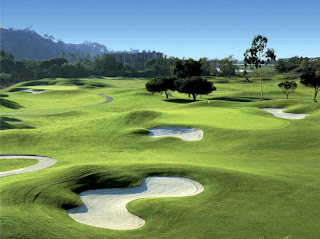 Not that kind of links, silly!

No time for a proper post today here in the paper-writing factory, but we feel obliged to make sure our readers are up to speed on the unfolding melodrama of The Incredible Numbskullery of the Obama Administration on LGBT Issues. With last week's stunningly insensitive brief in support of the Defense of Marriage Act (which the president has repeatedly said he is committed to repealing), the smartest and most pro-gay political team in the history of the republic (Right? Isn't that what they told us?) suddenly finds itself in hot water not just with the Lavender Menace and Light in the Loafers set but with the editorial page of the New York Times! Today, desperate to contain the fallout from its own diffidence and ineptitude, the administration is announcing that the president will sign a memorandum extending benefits to same-sex partners of federal employees -- but the president will, as the report in the Times puts it, "stop short of pledging full health insurance coverage." Because, you know, who needs that? Oh, and because the (partial) extension of benefits is being accomplished through a memorandum rather than an executive order, the extension will reportedly expire when Obama leaves office. Gosh, thanks, Mr. President. Thanks so very much for the partial, temporary extension of non-equity in compensation.

[Brief pause while the typist bangs her head against the laptop screen and the decrepit old dog covers cloudy eyes with functioning front paws.]

There has been a ton of righteous reaction and thoughtful analysis of the DOMA debacle and its aftermath in the queer and progressive blogosphere and elsewhere. You know we consider Pam's House Blend the go-to place for all things queer and political, though we've also found ourselves giving John Aravosis over at Americablog quite a few clicks lately. This piece by Pam Spaulding on the Times editorial harshly criticizing the DOMA brief has links to lots of other reactions. Here are a few more that you won't want to miss:

The LA Times gets in on the action today with an editorial on "Obama's gay rights gap."

Melissa McEwan, the goddess of Shakesville, weighs in with a piece that is both hard-hitting and deeply felt. We love that Liss can pivot from several paragraphs of trenchant political analysis to a poignant meditation on the wildness and fundamental equality of love. She makes us think. She stirs our souls. And that is fine by us:

Love is not rational. Love is wild and expansive and reckless and unpredictable, and it is one of humankind's greatest achievements — a capacity unique in its magnificence, a radiating splendor which can only be dimmed by the injurious refusal to regard as equal the love between partners on the basis of details that love itself transcends.

To deny love's existence, and equality, in every human heart is to reject our common humanity. We are thus all diminished by anything less than full-throated support for marriage equality, because buried below all the Very Fancy and Very Rational legal defenses of the continued disparity is simply an indefensible avowal that all love is not the same.

Richard Socarides, former aide to President Clinton on LGBT issues, is emerging as the point person on all the Obama administration is doing wrong in its determination to avoid all the mistakes Clinton supposedly made on LGBT rights. (We know the Big Dawg signed off on DOMA and DADT, people. We're just sick of hearing that very different political moment used as an excuse for doing nothing, when Clinton got screwed by conservative Dems the moment he took office.) Anyway, Socarides has an incredibly thoughtful insider's view of how hurtful -- and unnecessary -- the administration's DOMA brief is.

Joe Solmonese, president of HRC, seems to have realized that being a lap dog for an administration determined to find new ways to insult the LGBT community is perhaps not the smartest position to be in if your organization wants to keep raising money in the LGBT community. His letter to the president on the DOMA brief is the best thing we can ever recall him putting out. Solmonese offers a blistering critique of the brief's claim that DOMA is merely "a cautious policy of federal neutrality towards a new form of marriage." "Exclusion is not neutrality," Solmonese contemptuously concludes. Go read it, kids. It'll give you hope that the gutless gay giant among LGBT advocacy organizations has finally found its nerve.

Everyone is saying this, but we think it bears repeating: You don't make change for justice's sake because it is convenient. You do it because it is right and because it is necessary for the health of the body politic. Do it, Mr. President. Now.
Posted by Roxie Smith Lindemann at 10:07 AM