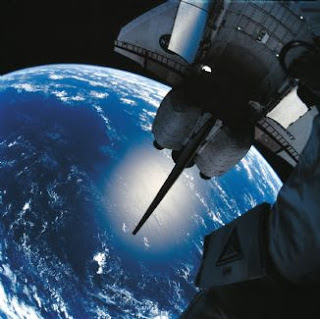 No, this isn't another Hillary post, though you might want to click on "I Am Woman" over there in the Music Box while you read, because it is a theme post and a bit of musical reinforcement might help clarify the theme for you. In the unlikely event that our post title isn't quite obvious enough.

Newsflash: Former Pakistani Prime Minister Benazir Bhutto is not dead yet. Three days after returning home from eight years in exile, Bhutto is back in action, having survived a bomb attack that killed 136 people who attended a jubilant welcoming rally in Karachi on Thursday. She is vowing to press on with her campaign to become prime minister for a third time and to fight extremism in her country. Roxie's World will continue to monitor this situation closely because we think it might be a good idea if women took over a whole bunch of countries. I mean, really, kids, why not? Could things get much worse? In the meantime, we'll keep you posted on Bhutto's status. Maybe I'll see if the guys in Toys and Widgets can find a Bhutto Death Watch Widget so we can offer round-the-clock updates of the situation. Those fellas love a challenge.

Out of This World: Peggy and Pam in Outer Space. From an AP story:

A giant leap is about to be made for womankind.

When space shuttle Discovery blasts off Tuesday, a woman will be sitting in the commander's seat. And up at the international space station, a female skipper will be waiting to greet her.

It will be the first time in the 50-year history of spaceflight that two women are in charge of two spacecraft at the same time.

This is no public relations gimmick cooked up by NASA. It's coincidence, which pleases shuttle commander Pamela Melroy and station commander Peggy Whitson.

''To me, that's one of the best parts about it,'' said Melroy, a retired Air Force colonel who will be only the second woman to command a space shuttle flight. ''This is not something that was planned or orchestrated in any way.''

That's worth a goosebump or two, isn't it, kids? Instead of making sexist jokes about whether the women's periods will get in sync or Melroy will have to call Whitson to ask for directions, let's read further down in the story to the funny part about the gift Whitson, the first woman to command a space station, was given before she took off in a Russian Soyuz spacecraft:

Before the launch, an official presented her with a traditional Kazakh whip to take with her. It's a symbol of power, Whitson explained, because of all the horseback and camel riding in Kazakhstan.

Smiling, she said she took the gift as a compliment and added: ''I did think it was interesting though, that they talked a lot about the fact that they don't typically let women have these.''

At least it wasn't a mop. The whip stayed behind on Earth.

What? No whips in space? Hmmm. Think I'll just stay in Roxie's World.

From Whips to WACK!: Art and the Feminist Revolution. This is for my DC-area fans or those who will be visiting DC between now and December 16. Y'all get on down to the National Museum of Women in the Arts to see this show. The moms went to see it today along with a newish pal whom I hereby declare the Shyest Grrl in Roxie's World (the Shy One for short), who lurks in these precincts and calls great stories to our attention (like the astronaut story above) but only comments off-stage (and yet she comments with such perceptiveness that we overlook the violation of Roxie's Rules on Behind-the-Scenes Action). (I wonder if I have any rules on Number of Parenthetical Remarks Per Sentence. I'll have to call the Style Police to check.) Anyway, back to WACK! It's a great, if at times overwhelming and messy, show. The moms and the Shy One kept turning to each other and saying things like, "I'm having a really hard time following this. Can you figure out what the show's narrative line is? What's holding all this together?" Then they saw the big sign that explained that feminist art was a rebellion against hierarchy, coherence, and other patriarchal conspiracies of order. "Crap," Moose said when she read that. "I told you grad school had ruined our brains."

Nonetheless, the show is a marvelous gathering together of women working in different media and disparate places under the influence of feminism and other social movements of the 1960s and 70s. The big names are represented -- Judy Chicago, Alice Neel, Cindy Sherman, Yoko Ono -- but so are many more obscure figures, such as an artist with the pseudonym Cosey Fanni Tutti who went so far as to become an X-rated performer, turning out self-portraits that appeared in adult entertainment venues as well as in art galleries. The moms were pleased that lesbian artists were a significant part of the history the show depicted. There was even a display case featuring such classics of lesbo art herstory as Tee Corinne's Cunt Coloring Book and the most execrable record Moose ever (briefly) loved, Holly Near's Imagine My Surprise.

Props to Connie Butler, who curated the show, which first opened at the Los Angeles County Museum of Art in March, and to Susan Fisher Sterling, chief curator and acting director at NMWA for bringing in a show that may help the museum kick its reputation for mounting safe, stodgy shows not likely to offend Republican ladies who lunch. WACK! is a bracing reminder that once upon a time not too long ago feminism sparked an outpouring of creative and political energy aimed at transforming the world. The Republican ladies are welcome to the party -- but they should remember to bring their specula with them.
Posted by Roxie Smith Lindemann at 10:26 PM