"I DID nothing wrong," said Larry Craig at the start of his long national nightmare as America's favorite running, or perhaps sitting, gag. That's the truth. Justice lovers of all sexual persuasions must rally to save the Idaho senator before he is forced to prematurely evacuate his seat.

Time's running out. The final reckoning may arrive this week. On Wednesday, a Minnesota court will hear Mr. Craig's argument to throw out the guilty plea he submitted by mail after being caught in a June sex sting in the Minneapolis airport. If he succeeds, there's a chance he might rescind his decision to resign from the Senate on Sept. 30. Either way, he should hold tight.

Not only did the senator do nothing wrong, but in scandal he has proved the national treasure that he never was in his salad days as a pork-seeking party hack. In the past month he has served as an invaluable human Geiger counter for hypocrisy on the left and right alike. He has been an unexpected boon not just to the nation's double-entendre comedy industry but to the imploding Republican Party. Gays, not all of them closeted, may be among the last minority groups with some representation in the increasingly monochromatic G.O.P. If it is to muster even a rainbow-lite coalition for 2008, it could use Larry Craig in the trenches.

On the legal front, Mr. Craig is not without his semi-spirited defenders, an eclectic group including Arlen Specter, the A.C.L.U., The Washington Post's editorial page and scattered Democrats. While there's widespread agreement that Mr. Craig was an idiot not to consult a lawyer before entering a guilty plea (for disorderly conduct, a misdemeanor carrying a $575 fine), idiocy is no more a federal offense than hypocrisy, especially in Washington.

What Mr. Craig did in that men's room isn't an offense either. He didn't have sex in a public place. He didn't expose himself. His toe tapping, hand signals and "wide stance" were at most a form of flirtation. As George Will has rightly argued, if deviancy can be defined down to "signaling an interest in sex," then deviancy is what "goes on in 10,000 bars every Saturday night in our country." It's free speech even if the toes and fingers do the talking.

The Minnesota sting operation may well be unconstitutional, as the A.C.L.U. says. Yet gay civil rights organizations, eager to see a family-values phony like Mr. Craig brought down, have been often muted or silent on this point. They stood idly by while Republicans gathered their lynching party, thereby short-circuiting public debate about the legitimacy of the brand of police entrapment that took place in Minnesota. Surely that airport could have hired a uniformed guard to police a public restroom rather than train a cop to enact a punitive "Cage aux Folles" pantomime.

A rare gay activist to stand up forthrightly for Mr. Craig is Franklin Kameny, whom the Smithsonian Institution recently honored with an exhibition documenting his lonely Washington protests for gay civil rights in the pre-Stonewall 1960s. When I spoke to him last week, the 82-year-old Mr. Kameny said that many Americans don't seem to know how much the law has changed in recent years. Though he's no admirer of Mr. Craig, whom he describes as "a self-deluding hypocritical homophobic bigot," he publicly made the case for the senator's innocence in a letter to the conservative Web site WorldNetDaily.com.

"Fair is fair," Mr. Kameny wrote. Mr. Craig, guilty of no public sex act, "was the victim of a false arrest and a malfeasant prosecution." Even had he invited the police officer to a hotel room, there still would have been no crime. The last American laws criminalizing gay sex between consenting adults were thrown out by the Supreme Court in 2003.

The hypocrisy in some quarters of the left about the Craig case is arguably outstripped by that on the right, heaven knows. It has been priceless to watch conservative politicians and bloggers defend their condemnation of Mr. Craig in contrast to the wide stance of tolerance they've taken toward David Vitter, the inimitable senator from the Big Easy.

On the same day Mr. Vitter was deploring MoveOn.org at the Petraeus-Crocker hearings two weeks ago, a (female) prostitute was holding a California press conference with Larry Flynt about her alleged participation in the unspecified sins to which the senator has publicly confessed. "He was a very clean man," she helpfully explained to The Times-Picayune of New Orleans. "He came in, took a shower, did his business and would leave."

Mr. Vitter, a shrill defender of marriage, still has the support of the G.O.P. hierarchy. Many believe that the Senate minority leader, Mitch McConnell, and his posse tried to Imus Mr. Craig and send him packing in a single week because Idaho has a Republican governor (nicknamed "Butch," no less) who would appoint a Republican successor. (The governor of Louisiana is a Democrat.) Others argue simply that Republican leaders are homophobes who practice a double standard for heterosexual offenders. But the reality is more complicated.

As we learned in the revelations surrounding the years-long cover up of the Mark Foley scandal, there may be more gay men in the Republican leadership on Capitol Hill than there are among the Democrats. Even Rick Santorum, the now-departed senator who likened homosexuality to "man on dog" sex, had a gay director of communications. Homophilia and homophobia have been twin fixtures in the modern G.O.P. at least since the McCarthy-era heyday of Roy Cohn.

As Rich Tafel, the former executive director of the gay Log Cabin Republicans, points out, this internal contradiction could not hold once Karl Rove and President Bush decided to demagogue the issue of same-sex marriage by pushing it into center stage of a national political campaign. That meanspirited and cynical election-year exploitation of homophobia accelerated the outing of Republicans by activists on the left.

"It made gay Republicans targets," Mr. Tafel told me last week. (Stories about Mr. Craig percolated on the Internet long before the airport incident.) In response, Mr. Tafel said, fearful gay Republicans on the Hill have retreated deeper into the closet. The Bush-Rove strategy "created the Larry Craigs," he said. "It created that man crawling around toilets."

Mr. Craig has denied being gay. Perhaps someone might believe him had he not, in 1982, gratuitously proclaimed his innocence in a pre-Foley page scandal, even though no one had accused him of anything. But whatever Mr. Craig's orientation, many closeted Republicans remain in place on Capitol Hill, easy targets for political opponents who want to expose G.O.P. hypocrisy.

Were Mr. Craig now to keep his seat, maybe his trial by fire would drive him to end his perennial gay baiting and become a latent proselytizer for a return to a more open, live-and-let-live Republicanism in the retro style of Barry Goldwater. Granted, Mr. Craig has shown no leadership of any kind in his career to date. But if Trent Lott can have a second chance after seeming to embrace the Dixiecrat racialism of Strom Thurmond, why not the toe-tapper from Idaho?

The G.O.P. needs at least one minority group in its ranks if it's going to be a viable political party in the 21st century. As the former vice-presidential nominee Jack Kemp asked rhetorically last week, "What are we going to do — meet in a country club in the suburbs one day?" His comment was prompted by the news that the major Republican candidates had claimed "scheduling conflicts" to avoid a debate at a historically black college in Baltimore. This was so obvious a slight that even Newt Gingrich labeled the candidates' excuses "baloney," and the usually controversy-averse Jay Leno was moved to call for the Republicans to "change their minds" after the debate's moderator, Tavis Smiley, aired the issue on "The Tonight Show."

The brushoff of that debate followed a similar rejection by the same candidates (except John McCain) of a debate sponsored by Univision, the country's most-watched Spanish-language network. It's only the latest insult to Hispanic voters, the fastest-growing American minority. Without Hispanics, the G.O.P. is doomed in swing states from Florida to Nevada. If you have any doubts, just look at the panic at the staunchly Republican Wall Street Journal editorial page. It has now even started attacking its own cohort — what it calls "Fox News populists and obsessive bloggers" — for driving away once-Republican Hispanic votes with over-the-top invective about illegal immigrants.

It would be unfair to say that the G.O.P. is devoid of sensitivity to all minorities. True, Peter King, the Long Island congressman, said last week that America has "too many mosques," but he was balanced by Mitt Romney, who sent out a press release wishing "the Jewish people" a hearty "L'Shanah Tovah" for the New Year. And let no one fault the Republican presidential field for not looking like America: Alan Keyes is back!

But the last minority with at least a modicum of influence in the party's power structure seems to be closeted gay men. As an alternative to cruising men's rooms, the least they could do is use their clout to stay the manifestly unjust execution of Larry Craig. 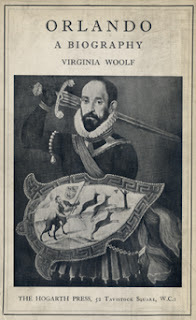 Sorry for the big fat cut-and-paste cop-out, kids. My typist is teaching Virginia Woolf tomorrow. The English profs will understand. Love you. Really. Go watch the Dems debate on MSNBC. I'll get back to you soon.

Liveblogging on the debate is here.