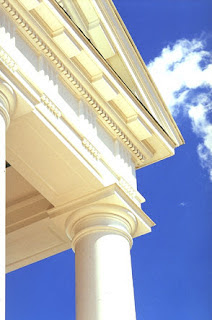 That's it, kids. Labor Day has come and gone. The white shoes are back in the closet. The pencils are sharpened, the syllabi carved in stone. Moose spent the morning brushing up on the tyrannies of the bipolar gender system and the afternoon trying to find a parking space on a campus suddenly bursting at the seams with eager young scholars, experienced plagiarists, and enervated administrators.

You know what that means, don't you? Yes, it's true: Less content, more LINKS! Welcome to September in Roxie's World. So much to read and watch, so little time to think.


Enjoy the new school year, kids. We hope you got the coolest new lunch box at your bus stop and that all of your teachers will recognize your unique gifts and charm. Barring that, let us hope they're too busy to catch your nose-picking and your unattributed borrowings. Peace out.
Posted by Roxie Smith Lindemann at 8:32 PM