Please, someone, take Maureen Dowd's laptop away from her before she writes another word about Hillary Clinton. I am an old dog with a leaky heart, and I can't take it anymore.

Please, tell her that her favorite analogy -- insisting that the Bush and Clinton families are alike in being "dynasties" -- is wholly specious and unconvincing. The Bush family has been close to the centers of political, economic, and military power in the United States since the early decades of the twentieth century. (See Kevin Phillips, American Dynasty: Aristocracy, Fortune, and the Politics of Deceit in the House of Bush if you don't believe me.) Hillary Clinton married a guy who never met his father and became president the old-fashioned way: by getting more votes than the fella he ran against. She's been elected to two terms in the U. S. Senate and has a crazy idea that she might be at least as capable as the moron currently occupying the Oval Office. But Mo Do wastes precious inches of real estate in The New York Times with choice quotes like this one from Leon Wieseltier, the literary editor of The New Republic, who "once told" Dowd:

She’s never going to get out of our faces. ... She’s like some hellish housewife who has seen something that she really, really wants and won’t stop nagging you about it until finally you say, fine, take it, be the damn president, just leave me alone. 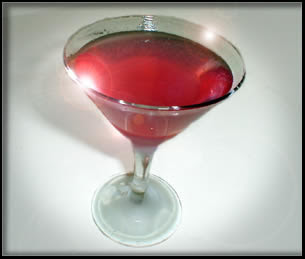 Don't you love that chummy "once told me" formulation? I can see them leaning across the table toward one another in some impossibly chic Manhattan bar. Beads of sweat slide slowly down the glass that holds Mo Do's cosmopolitan. When Wieseltier hisses out the phrase "hellish housewife," Mo Do has to swallow hard to keep from indelicately spewing her beverage across the room. She laughs so hard her face almost moves. Almost. She is having so much fun she thinks she might order something to eat. But no, it's Thursday. If she eats today that's it for the weekend.

Frank Rich was hatin' on Hillary today, too. His piece isn't as venomous as Mo Do's, but he and his colleague seem locked in a contest to find the worst possible analogy to describe the Clinton campaign. Rich compares her to Al Gore in 2000 -- cautious, long-winded, equivocal, running a safe campaign aimed at not losing rather than winning the election. Digby aptly describes Rich's less than illuminating comparison as "utterly useless lightweight psycholanalytical drivel," to which Roxie's World says, "Paws up!"

More pleasant reading can be found in the Times in A. O. Scott's thoughtful look into the mind and music of Mr. Bruce Springsteen, whose new album, Magic, will be released this week. The Boss will be hitting the road with the E Street Band this fall, and we can look forward to a potent mixture of pop and politics from the group. Springsteen has clearly had it with the outrages of the Bush years and is making no effort to conceal his contempt. One song on the new album, "Last to Die," asks the question a young John Kerry asked the Senate Foreign Relations Committee when he came back from Vietnam: "How do you ask a man to be the last man to die for a mistake?" Roxie's World will have a review of Magic up soon. The moms got an advance copy, thanks to a kind friend in the Garden State. And, yes, they've got tix for the DC show, which Moose managed to procure all by herself on the internets last week when Goose was out of town. (Usually, only Goose is trusted with the sacred task of procuring Bruce tix. Moose might get flustered and end up with Celine Dion or something. We are awfully proud that she managed to shoulder this awesome responsibility. We're thinking maybe Condi Rice should send her to Burma to work out that whole mess between the monks and the junta.)

Finally, Wa Po found a gay Iranian. Iranian president Mahmoud Ahmadinejad said last week in remarks at Columbia University that there weren't any. Incredibly, he was wrong. There are queers in Iran, and they are finding the courage to find one another, to come out, and to try to educate people via the Web and through dialog. We applaud their bravery, and we wish them well in their education project. Trust us -- We know what it's like to have a dumb president who acts as if you don't exist much of the time.