Songs in the Key of Roxie

We have a new toy here in Roxie's World, thanks to our good friend Damion, the creative genius behind Queering the Apparatus. It's the cute little widget you see over on the right sidebar, just below the profile photo of yours truly. It'll be a fun way for us to share cool stuff with my legions of loyal funs -- text, photos, video, and especially music. The moms and I are big fans of music, though our tastes are hard to pin down, reflecting everything from the lesbo penchant for alto voices crooning songs of heartbreak or empowerment to the baby boomers' passionate worship at the shrine of rock and roll. Then of course there's Moose's peculiar devotion to the Broadway musical, which has led to speculation in some quarters that she is a gay man trapped in a lesbian's body, but we won't go there. 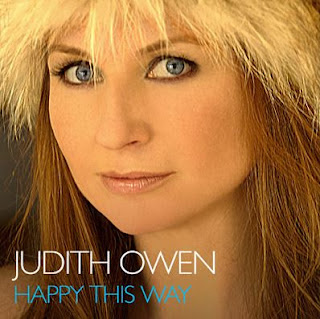 For now, we've got three tunes loaded into the widget. If you take a listen, you'll notice there's a vaguely Celtic theme running through the mix. That's because Moose likes themes and because Damion, during the course of their widget tutorial, had her load a beautiful song called "Conway Bay" from a not yet released CD by Judith Owen called Happy This Way. Moose had never heard of Judith Owen before this afternoon, but she loved this song the moment she heard it. Owen is from Wales, and the song tells the story of a journey back to the place of childhood. Musically, it is also a journey back to Owen's home country, borrowing lovingly from the melody and rhythm of "Jerusalem," the William Blake poem that was turned into a hymn in 1916 and has served as an unofficial anthem of England for many years. To round out the mix, Moose also uploaded Bruce Springsteen's recording of "Mrs. McGrath," a traditional Irish song on his incredible CD, We Shall Overcome: The Seeger Sessions. She also added a cut from the best girl singer you've never heard of, Eliza Gilkyson, whose new album, Paradise Hotel, has been in heavy rotation at our house ever since Goose's Texas musician nephew Eric turned us onto it. The tune we've included here, "Jedidiah 1777," is a haunting ballad woven out of passages from letters home by a soldier in the Revolutionary War. Gilkyson is an amazing songwriter, and her smoky alto voice will remind you of every late night you ever spent alone with a bottle of something stiff. Not that anyone in our house has ever done such a thing, but. . . .

Summer's coming, kids. Grades are in, so let's head for the blogosphere. You'll notice other changes in Roxie's World over the next few weeks, as Moose and I experiment with the new features in the easy-to-customize Blogger. Let us know what you think! As always, your pleasure is our purpose.
Posted by Roxie Smith Lindemann at 4:57 PM