Or, Notes on Stuff We'd Be Blogging About If We Had Time to Blog, Which We Don't Because My Typist Actually Took Something of a Break This Week and Now Has to Spend the Day Doing Everything She Was Pretending She'd Get Done Over "Break" 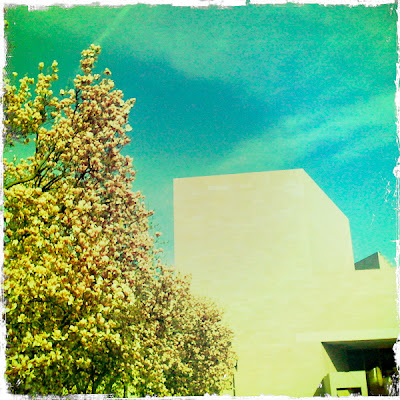 Big Love: Series Finale. It's been a week since (spoiler alert!) the queerest show on television ended its five-year run on HBO not with a whimper but a bang that liberated the three sister-wives of Bill Henrickson to fulfill the dreams of non-Mormon Sapphists from sea to shining sea. You know the burly girls of Roxie's World were pleased with the show's Thelma & Louise & Nicki denouement. Beyond that, we have little to say, except that we will miss a show that stayed so true to its characters and was so deeply intelligent about complex intimacies and, you know, one of the wackier religions ever to have gotten hatched on American soil. There's a lot of great stuff out there on the winding down of the show. Take a listen to Terry Gross's conversation with Big Love's creators, Mark Olsen and Will Scheffer, or check out Allyssa Lee's interview with them in the LA Times. It's kind of cute to see the show's two (gay, male, married [to each other]) chief architects seeming wounded and perplexed that the audience pretty much wanted Bill to die to get him out of the wives' way, while they saw his death as a way to preserve his vision without having to figure out how he would support his large family once he had lost Home Plus. Vision, schmision, the audience seemed to say. Kill Bill, and the sister-wives will figure it all out. Which the final scene, eleven months after Bill's death, makes clear is exactly what happened. You go, Barb, priest-holder you. Whatever the heck a priest-holder is. Margene Without Borders, we heart you. And Nicki, we're pleased to see you found the milk of human kindness we always hoped was flowing somewhere beneath your sociopathic surface.

College Basketball: Oh, kids, we have nothing to say but "Go, Butler" (in the non-ladies' tournament) and "Please, Stanford?" (in the women's). We were looking forward to having a big blog trash talk smackdown with UConn-loving Tenured Radical, but our beloved Lady Terps got spanked bad Tuesday night by Georgetown, thus denying the little Turtles their chance to go up against the big bad Huskies in the Sweet 16. See ya next year, TR, when Maya Moore will have finally graduated and gone on to a better place (the WNBA? ESPN? grad school?) and our tender Turtles will, we hope, have toughened up a bit on the defensive end of the court. Also, good thoughts go out to Terps forward Diandra Tchatchouang, who tore her ACL in the Georgetown game. The official French speaker of Roxie's World offers a hearty bon rétablissement to Diandra, who hails from La Courneuve, France, as she recovers from her injury.

Death: Death had another big week in the world. What with new revolutions and civil wars breaking out on a daily basis and the toll from Japan's triple-dip disaster still rising, one feels sheepish even mentioning that the nation's supply of Feisty Old Broads took a couple of significant hits this week with the deaths of Elizabeth Taylor and Geraldine Ferraro, but, well, that's the way it is. We raise paws in honor of these gutsy women, pioneers in their different ways and worlds, and thank them for their courage and tenacity. Gina Barreca's got a nice feminist tribute to Taylor up on the Chronicle (H/T Goose) focused on her early, unsung role as Helen Burns in the 1943 version of Jane Eyre. Moose and Goose fondly recall going door-to-door for the Mondale-Ferraro campaign in a small, conservative town on the Jersey Shore back in '84. It was the first but by no means the last time they passionately committed themselves to a losing cause. Twenty-seven years later, they have no regrets.

Who's Reading Your E-Mail? Moose was experiencing fear and loathing of her in-box long before she read the story of University of Wisconsin historian William Cronon being harassed by the state's Republican party, which is using open records laws to gain access to his e-mails since Cronon started writing blog posts and a New York Times op-ed piece focused on the GOP's recent activities in the Badger state. Now, her fear has turned to panic, as she worries that she could get canned for using state resources to mock her state's governor as a fauxgressive pretty boy. Or for her stubborn refusal to use her several different e-mail accounts to separate her professional life from her personal life, her political life, her blog life, and her online shopping life. Historiann has proposed that academics at public universities forward all of their e-mails to Governor Scott Walker and other Republicans in the state. Tenured Radical has a great post up that includes Walker's e-mail address (govgeneral@wisconsin.gov) and lots of terrifying reminders about how e-mail is never private and nothing can ever really be deleted and your university computer can be searched anytime. Moose read that post and has been sitting quietly in a chair ever since. Just staring. And deleting lots and lots of e-mails. See previous paragraph about her fondness for lost causes.

So, kids, how are your brackets holding up? And how did you waste your spring break? Here's another pretty glimpse of how time slipped away in Roxie's World. Peace out, lovelies. 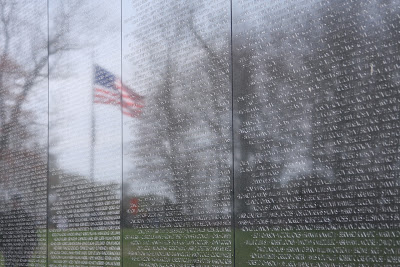