The Man With the Can Goes Viral

Quote of the Day:


A meme is born. Lieutenant John Pike is suddenly everywhere at once -- waddling through time and space with his little red can of pepper-spray.

Ridicule can be an effective revolutionary tool. But the cops still have the firepower so we can’t stop taking them seriously. But for the time being, this is some hilarious shit. -- Marc Campbell, Dangerous Minds

Every day, my typist wakes up and asks herself the same question: Are parody and pants-wetting laughter really adequate responses to the urgencies of our time?

Every night, she goes to sleep with essentially the same answer: Yes.

In that spirit of revolutionary ridicule, we pass along some more brilliantly doctored images of the (now suspended) UC Davis police officer whose creepily casual pepper spraying of peaceful student demonstrators has become fodder for a million intrepid Photoshoppers. (See yesterday's post for the image of Lieutenant Pike on a wickedly clever remake of the Davis website.) We regret that we are unable to give credit where it is due, because we picked most of these images up on Facebook, where things tend to circulate without attribution. Marc Campbell has been collecting and commenting on images on Dangerous Minds. Go here and here.

What's your favorite? Have you seen others? Send 'em our way, and we will update as we can. Busy day here in Roxie's World, but we'll do our best. Peace out. 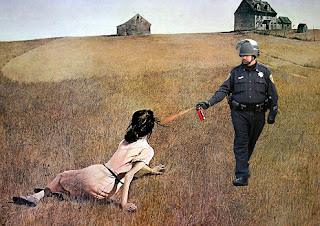 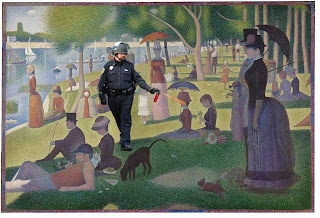 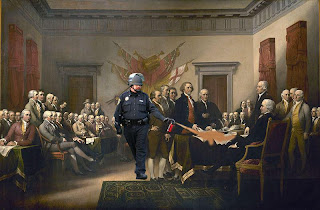 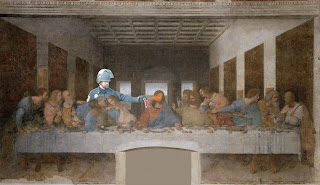 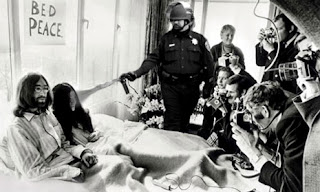 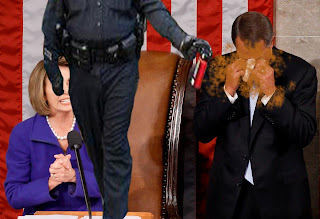 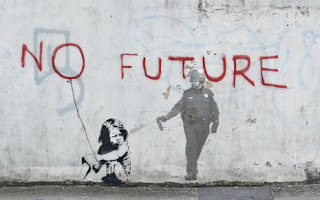 Update (Noon): Of course, there's a Tumblr. Check it out.)
Posted by Roxie Smith Lindemann at 9:43 AM