You Can't Stop Us

Or, Another Damn Post on Marriage Equality. We'll stop writin' 'em when the homophobes give up the hate and extend the ball and chain the right to wed to all citizens.

Moose encountered and shared the vid below on Facebook the other day. It's of our Maryland state delegate (and pal!) Heather Mizeur, speaking on the floor of the General Assembly during last March's debate on a bill that would have brought marriage equality to the Free State. The bill passed in the Senate but was pulled in the House when it was clear there weren't enough votes to pass it. Gov. Martin O'Malley introduced a similar bill this week, so the whole battle is about to play out again. (Oh, goody -- Reruns!) The hope is that the bill will fare better this time around with O'Malley taking on more of a leadership role and in the wake of the passage of marriage equality in the New York state legislature. We shall see, kids. Y'all know we've been skeptical of O'Malley, pretty as he is, and now his equally lovely wife, Judge Catherine O'Malley, has ruffled feathers by speaking the truth, publicly declaring that the bill failed last year because "some cowards . . . prevented it from passing." Judge O'Malley quickly and predictably announced that she regretted her choice of words, though we happen to think she was right. Some delegates who had signed on as cosponsors of the bill ended up voting against it once churches in more conservative districts whipped up opposition. Because, you know, God Hates Fags.

In any case, watch the vid:

We like the rhetorical moves Mizeur makes in this brief clip, the calm yet righteous eloquence of her assertion that the bill's opponents cannot stop LGBT people from establishing marriages and families, from loving each other and declaring their love before the divine entity referred to around here as Dog. The repeated "you can't stop us from . . . " serves as a powerful anaphora that reminds listeners of how dramatically social and legal conditions for same-sex relationships have changed in the decades since Stonewall. It taunts those who would vote against the bill by suggesting that the war is in some sense already over and queers have won -- but then it pivots back to the painful reality of what the lack of full legal equality can mean for same-sex couples: "You can't stop us from loving each other," Mizeur intones. "You can't stop us from getting married. You can't stop us from pledging to forever to our God and to each other and to support each other in the toughest of times. You can't stop that. All you can do is make it really, really, really difficult for us in the worst, most challenging times."

Goose has long maintained that what fuels the right-wing hysteria about marriage equality is the recognition that teh Gayz Agenda has already captured the hearts and minds of the vast majority of Americans. As a generation of kids raised in and around and on Modern Family comes of age, the idea that civil marriage has to be protected from the assaults of creepy scary queers is losing whatever power it has left as a wedge issue. A November, 2011 Pew poll found that support for marriage equality was strongest among Millennial generation voters (born from 1981 to 1993), at an impressive 59%. Of course, Millennials seem far less invested in marriage than previous generations have been. The same poll shows that they are far less likely than earlier generations to marry when young. Currently, just 23% of 18- to-30-year-olds are married. By contrast, 49% of the Baby Boomers were married at that age. There is considerable irony in gays clamoring for access to marriage in a period when its power as a social institution seems to be declining precipitously. If conservatives had a lick of sense or objectivity, they'd realize that modernizing marriage and expanding access to it will do more good than harm. David Brooks, who has such sense, has been making that case since 2003. 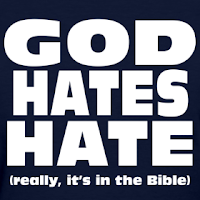 As the Moms approach the 28th anniversary of their commitment to love without marriage, they are keeping a close eye on what's going on in Annapolis. They are still not chomping at the bit to run down to the courthouse and get legally hitched, but they respect the desires of those who are and they believe right down to the bottom of their ornery radical hearts that queers should have the same rights to legally wedded bliss or catastrophe that everybody else has. Mizeur is right: You can't stop us from loving each other and building lives together. You could if you wanted to build other ways to grant legal protection to relationships and to distribute the 1038 rights and benefits currently available only through marriage,  but until that day comes, a lot of us want and need marriage. You can't stop us, but you can hurt us and slow us down and make the darkest days of our lives darker still by setting up legal obstacles that make us vulnerable at moments of illness, injury, or death. You can't stop us, because the genie is out of the bottle closet. You can only make us continue to pay the price for your bigotry. Don't kid yourself that the creator of the universe is on your side in this fight. Whatever S/He is, Dog is assuredly on the side of love. Why aren't you?

Oh, we know you are on the side of love, my pretties, and we reckon some of you might also be interested in the drama unfolding in Annapolis. Want to help? We've got some ideas.

All right, rabble rousers, it's time to step away from the laptop and go enjoy what's left of this lovely afternoon. We hope it's pretty in your neck of the woods and that you'll do some fighting for joy as well as justice on this last weekend of January 2012. Peace out, and play fair.

(Image Credit: Via.)
Posted by Roxie Smith Lindemann at 2:55 PM